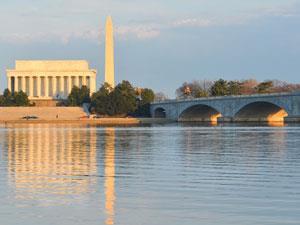 New research suggests that acid rain has, counterintuitively, left a legacy of alkaline rivers in the US. A team led by Sujay Kaushal at the University of Maryland, US, surveyed 97 rivers across a region stretching from Florida to New Jersey, and revealed that two thirds of them have become more alkaline over the past 25–60 years.

The team say that acid rain, caused by airborne pollutants, is the likely culprit. This may seem odd, but acidic soil and groundwater can actually make rivers more alkaline in the long-term by weathering alkaline rocks, such as limestone and other carbonates, so they are dissolved and carried away at a faster rate by running water. This effect is well studied and in small streams can actually be beneficial by helping to offset some of the acidity brought on by acid rain. But over decades, say the team, things have gone too far the other way.

Should the trend continue, water supplies to important urban centres could be at risk. Very alkaline water complicates the treatment process, encourages the growth of algae in reservoirs and speeds up pipe corrosion. Rivers supplying major cities including Washington DC, Philadelphia and Atlanta were among those surveyed.