Marine dwelling microbes that consume methane for energy and produce carbon dioxide may do so by using a larger array of oxidants than previously thought. The US study could help scientists further understand the carbon cycle both on early Earth and the present day, and may offer insight into the possibility of extraterrestrial life on methane rich bodies like Mars, say the researchers.

Previously, scientists had thought that sulfate was the only electron acceptor able to facilitate anaerobic oxidation of methane (AOM) by microbes in marine sediments (although AOM in freshwater has been shown to occur in the presence of nitrate or nitrite). Now, geoscientist Emily Beal and colleagues at Penn State University, Pennsylvania, US, have tested methane seep sediments from the Eel River Basin off the coast of California and shown that AOM can be coupled to manganese and iron oxide reduction too.

’Other groups that had attempted to demonstrate this process were unsuccessful, so we were somewhat surprised when our experiments showed that these processes were occurring,’ says Beal. ’Manganese and iron dependent AOM have the potential to be significant sinks for methane both currently as well as on early Earth, and thus the potential to affect Earth’s climate,’ she adds. 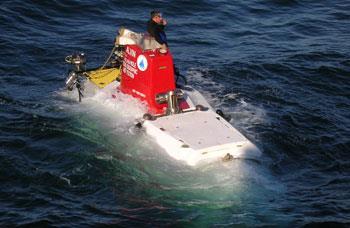 Sulfate mainly comes from oxidative weathering. However, the early Earth’s atmosphere lacked oxygen so sulfates would have been scarce. Conversely, both manganese and iron oxides can be produced by photochemical reactions which would have occurred on early Earth. ’This study raises questions about the antiquity of AOM and which came first: metal oxide mediated or sulfate mediated AOM,’ comments Samantha Joye, a biogeochemist at the University of Georgia, Athens, US. 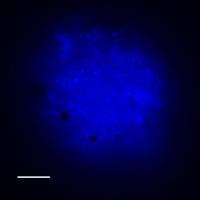 However, Christopher House, co-author of the study, stresses that they ’do not think that iron and manganese are more important than sulfate reduction today, but they are not trivial components.’ Indeed, he thinks they could be a significant part of today’s carbon cycle.

’In terms of global climate, anaerobic consumption of methane in marine sediments serves as an important climate buffer, reducing by a significant margin the flux of methane from the marine environment to the atmosphere,’ says Joye. She therefore thinks that understanding the physiological and environmental controls of AOM is extremely important.

There could be extraterrestrial implications too. ’AOM is not only a significant part of methane cycling on Earth, but is also a good earth-analogue metabolism for potential life on places like Mars and Titan,’ suggests Beal. Mars has significant amounts of methane and iron oxide, and it is known to have sulfates and some manganese oxides. ’Everything that we know about AOM and what is needed for it to proceed is also on Mars,’ Beal adds.

Joye agrees but points out that no one knows ’whether there is a biogeochemical intersection between metal oxide and methane containing habitats on Mars.’ Moreover, Michael Mumma, director of NASA’s Goddard Center for Astrobiology, who reported methane plumes in the Martian atmosphere earlier this year, heeds caution. ’It’s doubtful that this is directly relevant to methane cycling on Mars because the AOM reported here occurs in a liquid water environment,’ he says. ’Such an environment might occur deep below the surface on Mars where water is again liquid, but it likely would not affect methane after its release into the atmosphere.’