You could be forgiven for not recognising the name Alexander Crum Brown (1838–1922). In his obituary, James Walker wrote ‘Had he possessed a spark of worldly ambition, his name would occupy a more prominent position in the history of science than to-day it does, for in actual achievement he is worthy to rank with Joseph Black [who discovered carbon dioxide], his great predecessor in the Edinburgh chair [of chemistry]’. 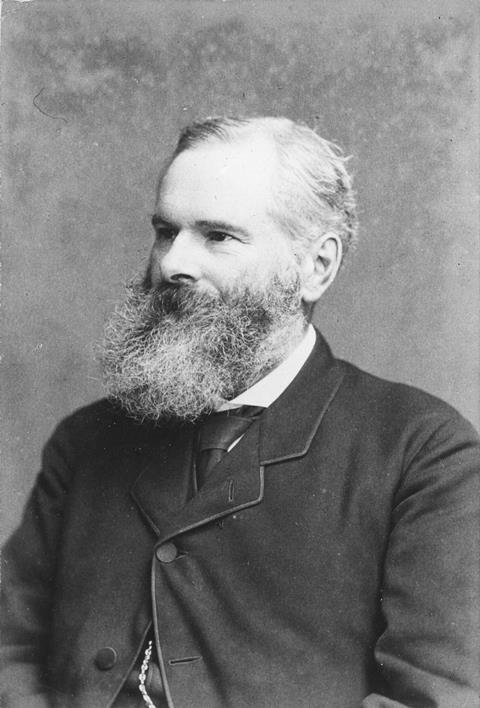 Born and raised in Edinburgh, UK, Crum Brown studied chemistry and physics, followed by medicine at the University of Edinburgh. In 1862, he had the distinction of being the first student to graduate with a DSc from the University of London, UK. He then spent a year working with two of the great German chemists, Robert Bunsen at Heidelberg and Hermann Kolbe at Marburg, before returning to Edinburgh as a private lecturer. In 1869, he was appointed professor of chemistry and chemical pharmacy at the university.

The birth of bonds

Crum Brown’s greatest scientific contribution was a graphical theory to represent the linking of atoms in molecules. His thesis of 1861 (‘On the theory of chemical combination’) contains drawings of molecules, with atoms represented by letters joined by lines to represent bonds, in the system which is still in use throughout the world today. In 1868, Crum Brown and Thomas Fraser pioneered experiments showing that the structure of a molecules was critical to its physiological action. Chemical manipulations on alkaloids were considered as mathematical operations, with changes controlled and observed in a method similar to calculus. Aside from putting pharmacology on an entirely new heading, their work included a remarkably prescient description of a chemical bond in terms of potential energy. 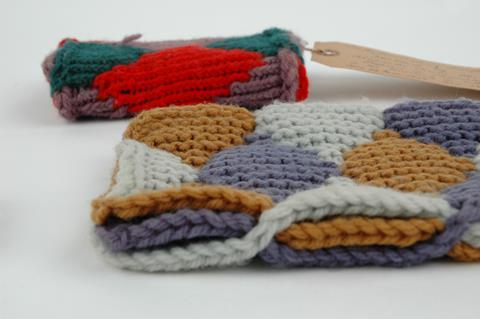 Source: © Whipple Museum of the History of Science

His scientific endeavours were not limited to chemistry. In 1875 Crum Brown received the Keith Prize of the Royal Society of Edinburgh for his work on the inner ear, in which he described the purpose of the ampullae and showed how the arrangement of the semicircular canals enabled perception of rotation.

Crum Brown was preoccupied with topology and models. As a child, he invented a knitting machine, and he later experimented with methods of knitting three-dimensional interlocking surfaces. He published work on interlacing surfaces and influenced early work on knots by his brother-in-law, the mathematical physicist Peter Guthrie Tait. In 1883, many years before the determination of the structure of sodium chloride by William Bragg, Crum Brown built a model using knitting needles and balls of wool. Under the entry for ‘molecule’ in the Encyclopaedia Britannica that year, he wrote ‘Solids are no doubt composed of atoms, and those atoms are evidently arranged in what may be called a tactical order’.

In 1891, Crum Brown became president of the Chemical Society, a forerunner of the Royal Society of Chemistry. He stood on the council of the Royal Society of Edinburgh for 44 years; 26 as secretary and six as vice-president. His loyalty to the society’s journals partly explains his lack of exposure to the wider chemistry community. Yet as a teacher, affectionately known as ‘Crummie’, Crum Brown was widely cherished by students – his lectures were frequently interrupted by applause, singing and rowdiness. Arthur Conan Doyle, author of the Sherlock Holmes stories, wrote: ‘There was kindly Crum Brown, the chemist, who sheltered himself carefully before exploding some mixture, which usually failed to ignite, so that the loud “Boom!” uttered by the class was the only resulting sound. Brown would emerge from his retreat with a “Really, gentlemen!”… and then go on without allusion to the abortive experiment.’

One of Crum Brown’s first laboratory assistants was James Dewar, who went on to pioneer liquefaction of gases. Other notable students include David Orme Masson, who went on to a successful career in Australia, and Prafulla Chandra Ray, now known as the father of Indian chemistry. As an examiner, Crum Brown was known for his patience in extracting the best from students, to the point of ignoring failure in written exams. This was not always the case. Legend has it that he once conducted the oral examination of a Chinese student in Chinese, and failed him!

Crum Brown retired in 1908, although his wife, Jane, passed away in 1910. He occupied himself with correspondence, building models and knitting; during the first world war, Crum Brown was often to be seen riding on the tram in Edinburgh, knitting socks for the soldiers. In 1967, the Crum Brown chair of chemistry was established in his memory: the current holder is Polly Arnold.