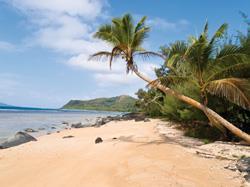 Vanuatu - RSC membership even reaches to such far-off shores

One of the RSC’s most isolated members is David Slimming who works in the tiny South West Pacific republic of Vanuatu (formerly the Anglo-French condominium of New Hebrides). After 10 years as a chemistry teacher in secondary schools in Cornwall and then in the Seychelles, David Slimming took a master’s degree in chemical education in 1971 at the University of East Anglia. He joined the British Council as a science education officer in western Africa, and then as science education adviser in London.

In 1985, Slimming took up a post as adviser in the Ministry of Education in Vanuatu. ’For most of my career,’ he said, ’I have been isolated from other chemists and science educators. However I have been well served as regards publication by the RSC. Education in Chemistry  and the publications of the Education Division have been particularly useful over the years.’

Ed. David Slimming is currently semi-retired and living in Australia. He has written Basic Science & Technology (BS&T) - a free modular textbook for junior secondary or middle school students who live in tropical and sub-tropical countries. All modules can be downloaded and printed from the website. The materials are free for students and also for teachers who wish to use them with their classes. The book is based on research into basic science curricula worldwide and on the author’s personal experience of science education in Africa, Asia and the Pacific, as well as Britain and Australia.