Norman Nicholson asks about the introduction of uranium as the catalyst for the Haber process ( Chemistry World, September 2008, p42). In 1908, Haber and Le Rossignol realised that it would be possible to synthesise ammonia in an 8 per cent yield at about 600?C and 200 atmospheres if only they could find an appropriate catalyst (J E Coates,  Memorial lectures delivered before the Chemical Society 1933-1942. London: The Chemical Society, 1951) The existing mediators for gas phase reactions (Mn, Ni, Fe) were slow, even at 700?C. Haber discovered that both osmium (expensive) and uranium (expensive, but less so) would work at 550?C. Both feature (alongside a mixture of uranium and uranium carbide) in the original patent of 1908.

J E Coates describes their pioneering work: ’With the new apparatus (uranium; 550?C; 150-200 atm) the concentration of ammonia became so high that on moderate cooling under the working pressure it could be liquefied out as the gas mixture was circulated through the closed system of converter, condenser and circulating pump, while fresh gas mixture equivalent to the ammonia removed was continuously fed in. Finally, with the fitting of heat inter-changers, the apparatus became a small technical plant producing a few hundred cc of liquid ammonia per hour with very low energy expenditure’.

Post-1908 industrial research on the process involved, in part, substitution of uranium for cheaper catalysts. Typically a three component mixture is used: iron; an oxide that is hard to reduce such as alumina, silica or zirconia; and an alkaline oxide such as sodium or potassium oxide (J F Thorpe and M A Whiteley, Thorpe’s dictionary of applied chemistry,Vol 1, 4th edn. London: Longmans, Green & Co, 1937).

The communications regarding Fritz Haber are welcome but they lack historical perspective.

Firstly, Norman Nicolson’s query regarding uranium ( Chemistry World, September 2008, p42). By 1907 Haber had examined many catalysts finding manganese, nickel and iron best. Soon, osmium and uranium were found to accelerate the reaction ’spectacularly’, but these metals were scarce. Haber re-investigated iron and in 1908 demonstrated the production of ammonia to BASF. Alwin Mittasch subsequently established impure iron as both economic and efficient. Uranium was destined for other uses, but not by Haber.

Clara’s suicide is more complex. Haber married Clara Immerwahr in 1901. She was also a good chemist, and strong willed. At first the marriage was happy, but that soon changed. As a professor’s wife she was responsible for running a household and she became frustrated. Haber also kept his work on poison gas from her, but she stumbled upon it through an explosion in his laboratory and she was appalled. But a further incident may have profoundly affected Clara. The Habers hosted a celebration on the evening of 1 May 1915. Among the guests was Charlotte Nathan, business manager of Haber’s club. That evening, Clara found Fritz and Charlotte in ’an embarrassing situation’ and concluded the two were having an affair. Here was a heady emotional cocktail: an unfulfilled career, a troubled marriage, the obscenity of chemical warfare and an unfaithful husband.

Although some doubt the existence of the affair, what can be established is this: that night Clara took her husband’s pistol and shot herself through the heart; Haber left for the front line the next day leaving Clara’s funeral arrangements to others. In 1917, he married Charlotte but on his death in 1934, Clara’s remains were re-interred along-side his own at his request.

Haber’s role in chemical warfare began in 1914 when he attended an unsatisfactory test of tear gas. He suggested using chlorine, which if blown towards the enemy, (the Hague conventions prevented its use in projectiles) would force them into the open. He argued that chemicals were psychologically much more powerful than traditional weapons, producing ’more fright and less destruction’. At the time, Germany needed a military break-through so the weapon was deployed. Haber never released gas on innocent civilians and gas never produced the casualties of traditional warfare. Once deployed however, and having the advantage of westerly winds, the Allies retaliated brutally. Haber knew his weapons would be hated and many branded him a war criminal.

Ironically, Haber’s own family suffered from gas when his insecticide Zyklon B, was modified for use at Auschwitz. Innocent cousins, nieces and nephews died there.

According to David Taylor ( Chemistry World, August 2008 p36), Haber died a ’broken man’, because of chemical warfare and that as a Jew he was driven from Germany. But there were other factors. He carried the guilt of Clara’s death throughout his life; hyper-inflation in Germany eroded his personal fortune; and he suffered serious ill-health.

To propose Haber’s only legacy as that of "developing chemical warfare" does him an injustice. Haber’s work was outstandingly eclectic. German sources credit him with the synthesis of 3,4-methylenedioxy-methamphetamine, or ’ecstasy’, in 1891. In 1918 he received the Nobel prize for chemistry. He devised the glass electrode. He studied fuel cells, the electrolysis of crystalline salts, the quinone-hydroquinone equilibrium and the measurement of the free energy of various reactions. The heavy reparation made upon Germany stimulated Haber to explore a method of extracting gold from sea water. Although this failed, the principles he employed were subsequently used in the extraction of bromine from the ocean.

Fritz Haber’s real legacy is to remind us just how powerful and emotive chemistry can be.

With the current renewed interest in how to ameliorate the effects of industrial activity on global warming, it seems easy to overlook the large number of highly inefficient chemical processes still in use. These include the manufacture of NH3, N2H4, NO, H2O2and urea (for fertilisers).

For several of these, notably NH3and urea, for example, nature has developed or evolved highly efficient synthetic routes.

All of these syntheses, and no doubt other similar ones, are just as challenging for creative chemists as any others!

The photo accompanying the news article on acid soot ( Chemistry World  , September 2008, p11) was meant presumably to depict an example of soot emission from an industrial chimney. If so, it is grossly misleading as the plume in question is that of water vapour photographed in ’favourable light conditions’. Drying processes, mineral fibre spinning processes and gypsum board production can all exhibit dense water vapour clouds under humid atmospheric conditions. The tabloid press frequently portray water vapour plumes as being smoke/soot emissions but such blatant deception has no place in a professional journal such as ours and should be edited out.

Furthermore, if an author knowingly uses misrepresentation of this kind to ’sex up’ his paper for publicity he should not complain if readers do not take the paper seriously. As for the paper itself, I recall that much work was done in the late 60s, early 70s by CEGB and other industries to understand the mechanisms of acid soot formation especially during the combustion of heavy fuel oil and its remedies. There will be many papers somewhere in the archives.

The purpose and fun of reading Chemistry World  is to be alerted to the newest and hottest developments in chemistry. In turn, disappointment is aggravated when the magazine fails to meet this standard. A case of special concern is the recent article on platencin in the column Totally Synthetic by Paul Docherty (Chemistry World  , September 2008, p38). The author elaborates on the significance of this compound and then highlights two 2008 syntheses of the right hand fragment of platencin. However, there is no mention of the so far best and shortest synthesis of this entity by J. Mulzer, Angew. Chem. Int. Ed  ., 2008, 47  , 6199 (DOI:  10.1002/anie.200801441).

One really starts to wonder, how this can happen, when the author is discussing the related synthesis of Rutjens published later in the same journal (p6576). Do science writers no longer read the journals by paging the whole issue or at least the graphical abstracts?

First, I must convey my profound sense of embarrassment when readers of my blog pointed-out that I had ’missed’ the excellent synthesis of platencin by Johann Mulzer. I have been writing about total synthesis online for about two and a half years, and have always been proud that I highlight the most significant syntheses. To stay ’up-to-the-minute’, I tend to read abstracts as they are published online in advance of print; however, this presents the problem that it becomes far easier to accidentally overlook abstracts. I guess I should read the paper copy more often!

I should like point out to readers that 2008 is the anniversary of the discovery of the only chemical to be named after a Scotsman - Meldrum’s acid. Andrew Norman Meldrum prepared the acid by the condensation of malonic acid with acetone in acetic anhydride containing a small amount of sulfuric acid (J. Chem. Soc. Trans  ., 1908, 93  , 598). Meldrum actually misidentified the structure of the compound formed as:

Meldrum’s acid has proved to be a very valuable reagent and intermediate in organic synthesis.

Although his acid is well known, Meldrum as a chemist is less so. He was born in Alloa, near Stirling, in 1876 and worked as a chemist at the universities of Liverpool, Aberdeen, Sheffield and Manchester, before entering the Indian Education Service in 1912. After a brief spell in Ahmedabad he served most of his career as professor of chemistry and later as principal at the Royal Institute of Science, University of Bombay, until his retirement to Edinburgh in 1931. 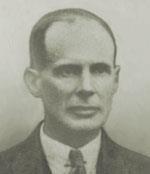 For more information on Meldrum and his work see his obituary written by Martin Forster who also worked in India (J. Chem. Soc,  1934, 1476).

I am a professor in explosive chemistry and found the Careers clinic on working with explosives ( Chemistry World,  September 2008, p90) limited. Chemring for instance is a fast-growing organisation based in the UK and would be a good starting place for a career in explosives. The next would be BAE Systems and MBDA who are defence related and have excellent programmes for starters . The Institute of Explosive Engineers can give good advice and Cranfield University offers MScs and PhDs in this area.

The query from Ron Dell about the three polymer balls from Polysar with different viscoelastic behaviour ( Chemistry World, September 2008, p43) is easy to answer from the perspective of the structure of the materials. Butyl rubber is a copolymer of isobutylene with about 1 per cent isoprene, and does not bounce very well at room temperature. Better bounce is achieved with styrene butadiene rubber (SBR). The best bounce is achieved with butadiene rubber (usually found in the core of golf balls).

The physics of this viscoelastic behaviour is not well understood with respect to the relationship between structure and properties; but it is a temperature-dependent phenomenon so butyl rubber displays better bounce at higher temperatures.

Polysar also has an interesting history. For many years it was a Crown Corporation of sufficient iconic status that its plant in Sarnia, Ontario, Canada, appeared on the back of the 1973 Canadian $10 bill. It was subsequently privatised then acquired by Nova Chemicals, Alberta. The rubber division in Sarnia was later sold to Bayer, Germany, and then, following strategic restructuring at Bayer, became part of LANXESS in 2005. Sarnia remains the global centre for research and development of butyl rubber technology, however a new global centre for materials research is under construction in London, Ontario.

I have been following with great interest the transfer of nanotechnology from its early research to seeing domestic nano-products in the shops.

I recently took the plunge and purchased a nano windscreen window cleaner and was looking forward to clearer and cleaner windscreens. The result was not what I had expected; with every wipe of the windscreen leaving a film of very fine droplets; the equivalent of a misty screen not a clear one.

What happens over time with a nano-layer, will it eventually decompose and if so what is the role of UV light? Alternatively, any ideas on removing a nano-layer?