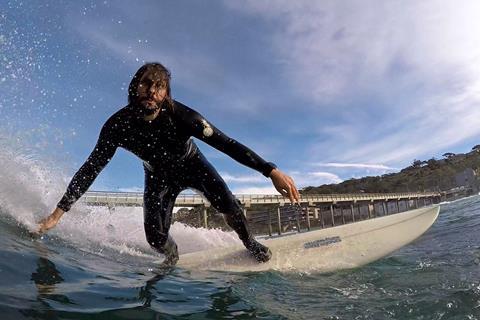 Surfers spend a lot of time in the ocean – so why not get their help to study it?

‘I’m a person who likes to surf… I’m, uh, hesitant or reluctant to take the title of surfer,’ explains Phil Bresnahan. ‘Most people who really call themselves surfers are out there, you know, almost every single day of the week and often for three, four hours at a time. I’m really a hobbyist compared to that.’

There are few people who spend more time on and in the ocean than surfers, placing them in an ideal position to expand our knowledge of this unique environment (Chemistry World, July 2020, p15). Bresnahan is a research engineer for the Smartfin Project, which aims to capitalise on the connection between surfers and their second home, through incorporating sensors into surfboards to collect crucial data from our warming seas.

There are few people who spend more time on and in the ocean than surfers, placing them in an ideal position to expand our knowledge of this unique environment. Bresnahan is a research engineer for the Smartfin Project, which aims to capitalise on the connection between surfers and their second home by incorporating sensors into surfboards to collect crucial data from our warming seas.

Bresnahan – who has just moved from the Scripps Institution of Oceanography in the US to take up a professorship at the University of North Carolina Wilmington – studied chemical engineering as an undergraduate and chemistry for his PhD before shifting to the field of oceanography. This switch was driven by concerns about climate change and ocean acidification and an urge to share research beyond traditional scientific contexts.

‘I realised a couple of years into grad school that there was so much more happening than just research and publications’, he explains. ‘It seems almost silly to say it now, but it became clearer and clearer that I needed to have more of a connection with the community.’

Bresnahan began to tinker with projects that combined scientific pursuits with more athletic and social endeavours, resulting in a ‘clunky yet sophisticated’ attempt at ocean chemistry monitoring through the incorporation of oxygen and pH sensors into a stand-up paddleboard.

‘It took a while to get it into a form where we could move the paddleboard at all through the water, it was just so heavy,’ laughs Bresnahan. ‘It was honestly terrible when we first started. But then we refined that over the years by working with a mechanical engineer who joined the lab as a technician.’ 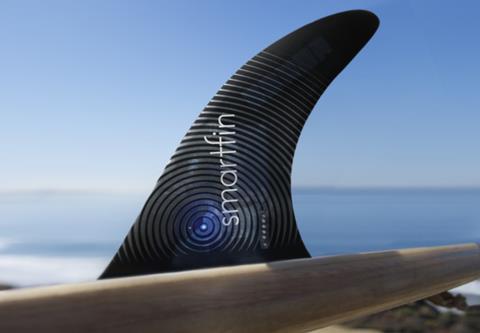 Bresnahan’s ideas came back to life a few years later when he joined the Smartfin team, which invites citizen science surfers to gather environmental data through technology embedded into their surfboards. Traditionally, surfboard fins are mounted at the tail of a board to improve control and directional stability for the surfer; Smartfins do all of this but also provide data for scientists.

The modified fins collect data on ocean temperature, motion and GPS location. On return from the ocean, surfers can upload the data captured using their smartphones and make it almost instantly available to researchers and coastal communities who want to better understand trends in ocean health.

Following beta testing, the team are focusing on developing fins for use on longboards – which are more buoyant than their shorter relatives – in order to maximise GPS transmission (which can be lost if the sensor is below the surface of the water).

‘We’ve amplified the number of successful GPS fixes by a factor of about 40 from the previous design,’ explains Bresnahan. This is enormously beneficial for researchers: ‘No scientist would be able to do a whole lot with a temperature time series without their locations.’

The motion sensor was initially included for the surfer’s benefit, but by applying machine learning algorithms to motion data, the Smartfin team can start to gather data about the types of waves in the surf zone.

Bresnahan’s PhD project focused on pH sensors. While this data would be invaluable, the sensors are typically expensive, tricky to calibrate and bulky – remember that paddleboard? – so more developments are required before they’re included routinely in the fins. The team also plans to incorporate optical sensors in the future to detect chemical information such as chlorophyll fluorescence and dissolved oxygen content as well as measuring turbidity.

A 2017 pilot program in San Diego enabled the team to confirm the quality of the data collected by the boards, to explore the ways that the surfboard could fill geographical gaps in data provided by more traditional sensors and to look at the best ways to build an engaged community of citizen scientists. For Bresnahan, the connection between surfers, scientists and the community is clear.

‘In the early years of my research career, I would talk to my friends about some of my research in the holidays and people’s eyes glazed over after not very long listening to discussions about the ocean and anthropogenic carbon emissions,’ he explains. ‘Now I go home or talk to folks nearby here about what I do and people are just delighted to hear about it – they want to learn more and they have really fascinating questions.’