Dropping drudgery gets a thumbs-up

It’s funny how many of us just do things the way they have been done before. For example, when I was in school, it never occurred to me that there was anything strange in pipetting by mouth; it was simply ‘how you did it’. You placed your pipette in a flask and then sucked on the end, gradually going cross-eyed as you watched the meniscus advance toward your lips. I don’t remember ever getting anything in my mouth other than my fingers; it was only later that a chemistry teacher told me her cautionary tale, ending with a mouthful of aqueous phenol. But the risks were much greater for life scientists, with their much smaller pipettes. How that changed is largely down to one man: Heinrich Schnitger. 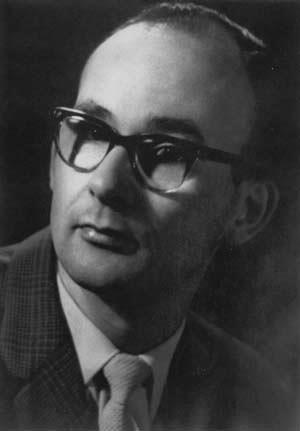 Heinrich Schnitger (1925–1964). German inventor. Devised the air displacement pipette and a host of other clever devices

In the 1930s, the Carlsberg laboratory in Denmark was a Mecca for biochemists. There, Kaj Ulrik Linderstrøm–Lang had embarked on an ambitious programme to study metabolism in single cells. It was not a project for the faint-hearted as it required analytical methods five orders of magnitude more sensitive than what was available. Among his group’s triumphs were titrimetric methods scaled down to the nanomole range and developing density gradients in narrow tubes (so-called Cartesian diver methods) to monitor enzyme reactions showing large volume changes. Based on protein hydrolysis, Lang also defined the three levels of proteins’ structural organisation: primary, secondary and tertiary.

Back then, quantitative study of proteins required nitrogen analysis. The Kjeldahl method developed by one of Lang’s predecessors at Carlsberg, was the method of choice. The task of scaling it down was given to a young American research fellow, Milton Levy. He adopted a method that may have already been in use in the group, but which had yet to be described in the literature. A fine glass tube was heated in a gas flame and pulled to make a capillary with a constriction along its length; its position determined the volume. A carefully curved tip at the end ensured that filling and emptying were reproducible.

Their construction and calibration was something of a rite of passage for biochemists. Each worker in a lab would therefore have their own set; a good pipette was a precious tool, stored in a purpose-built, grooved rack of wood or Perspex. These constriction, or Carlsberg, pipettes became the standard in every biochemistry lab, available in sizes from 500 to 0.001ml. But a broken pipette was the stuff of nightmares and keeping them free of contamination was crucial, not to mention the risks associated with pipetting by mouth. 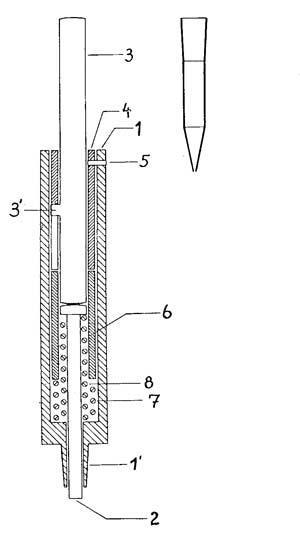 In 1957, a 32-year-old postdoc, Heinrich Schnitger, joined the research group of biochemist Theodor Bücher at the University of Marburg. The son of an inventor, he had served in the second world war, but had been invalided out with tuberculosis. After the war, he studied medicine but instantly stood out from the crowd by developing an improved device to measure blood coagulation, which he licensed to the then small American company Becton–Dickinson. Joining Bücher’s group, he was assigned to work on anion exchange chromatography. Within weeks he had replaced slow gravity flow with a clever pumping system in which the corrosive formic acid medium was wholly contained in inert plastic tubing until it reached the column.

Now having to deal with the fractions coming off the column, Schnitger found himself obliged to use the dreaded micropipettes. This time, he vanished from the lab altogether and was untraceable for some days, much to the annoyance of his boss who began to contemplate giving him the sack.

But when Schnitger returned, he presented his colleagues with something truly new: a small volume, tuberculin syringe equipped with a spring and an end stop. Pressing down on the plunger and releasing it allowed a specific volume of liquid to be collected. To prevent the formic acid from making contact with the metal, Schnitger left an air pocket below the plunger and formed some polyethylene tubing into a removable tip. Pushing the plunger again expelled the liquid. Within days, all of his colleagues wanted to use his device, not just for chromatography, but for almost every assay in the lab.

Realising the importance of the invention, Bücher let Schnitger get on with it, and he soon had a proper working prototype with an additional feature – a second spring to allow the user to expel the last drop of liquid. Schnitger’s patent was immediately licensed by the Hamburg-based firm Eppendorf, who developed disposable polypropylene tips and self-closing vials. The pipette itself became ubiquitous, and rapidly lost its connection not just with Marburg but also with Schnitger, who drowned in a Bavarian lake in 1964.

Pipetting by mouth is taboo these days. And with good reason. But how many other methods do we still retain, and how much tedium do we endure simply out of habit? Don’t just accept what you do. Think about it, and perhaps invent something better.