Catching Stardust: Comets, Asteroids and the Birth of the Solar System 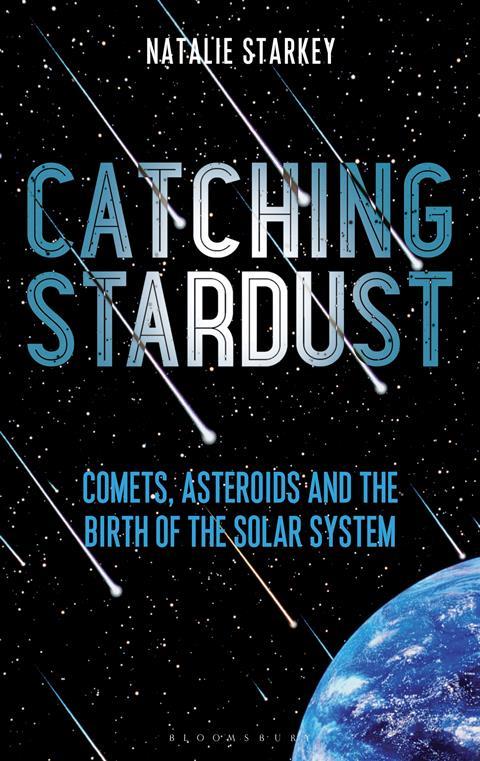 It’s difficult not to be awed by space. The dimensions, the distances, the volume and the emptiness seem unfathomable. Perhaps this is why it is difficult to translate that feeling into words; if the night sky feels beyond comprehension, how can a book hope to convey some understanding?

Catching Stardust, therefore, is an impressive work. Focusing not on planets and stars but on dust may not seem the most exciting way to unravel the mysteries of the universe, yet its abundance in space provides the ideal subject of study. Approached chronologically, the book begins with the birth of the solar system out of the gases and dust of the cosmos that eventually congealed to form the sun, planets and a myriad of other astronomical bodies. Many of these objects, including the comets and asteroids, have remained relatively unchanged for 4.6 billion years and provide a glimpse into the ancient history of the solar system. Natalie Starkey then proceeds to the study of the meteorites and space dust routinely falling to the Earth, before leaving the planet with a treatise on the probes successfully launched to study asteroids during their tumultuous journeys. The final chapters of the book explore the future of humans’ role in the solar system, from the monetisation of space exploration and the economics of mining resources on other worlds to the defence of the Earth from incoming space objects which could send our species the same way as the dinosaurs.

Catching Stardust may be Starkey’s first book but both her academic background and experience as a science communicator and freelance writer shine through. The writing is engaging and carries the author’s infectious enthusiasm for her subject – not always an easy task when dealing with the more uncharismatic space objects. Acronyms abound but a useful glossary is provided for the unfamiliar or forgetful reader. Overall, Catching Stardust is an informative and interesting read, accessible even for someone who didn’t know the difference between an asteroid and a comet to begin with.