The unusual fare that this book has to offer can be compared to a thick and somewhat indigestible cheese sandwich. Surprisingly, however, it is not the heavy-going cheesy part that is of greatest import, but rather the slim outer slices of bread, representing the first and final chapters of this book, which convey the essential message of this work. 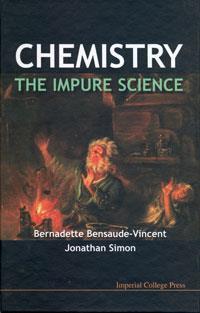 The opening chapter points up a problem that it claims is inherent in and of fundamental importance to chemistry, namely that chemistry is an ’impure’ science. By this is meant that chemistry has always been closely associated with and allied to technology. This association has rendered chemistry ’impure’ because it has ultimately led to pollution of our air, contamination of our soil, adulteration of our food, and the poisoning of our rivers and oceans.

The closing chapter puts forward a number of suggestions as to how chemistry might eventually be transformed into something less ’impure’. But the ideas advanced here are disappointing: that chemists should start behaving more ethically and stop destroying our environment. The authors even proudly reproduce the Chemist’s code of conduct  published in 1994 by the American Chemical Society for the guidance of its members.

But what of the main body of this work, the fat lump of cheese in the middle of the sandwich? This is even more disappointing in that it consists of a lengthy and highbrow excursion through the two specialisms of the authors: the history and philosophy of chemistry. We are subjected to detailed discourses on the contributions made to the development of chemistry by the likes of Descartes, Lavoisier, Boyle and a parade of other notables.

At times it is quite difficult to see the relevance of these early contributors to the main theme of this book and one can’t help wondering whether the book is no more than an excuse for the authors to indulge their passion for writing about the history and philosophy of chemistry. Whether or not this be the case, the book accomplishes little more than a reiteration of a message that has already been heralded - much more succinctly - by a host of eminent scientists and science writers over the past several decades.