Enlightenment now: the case for reason, science, humanism and progress 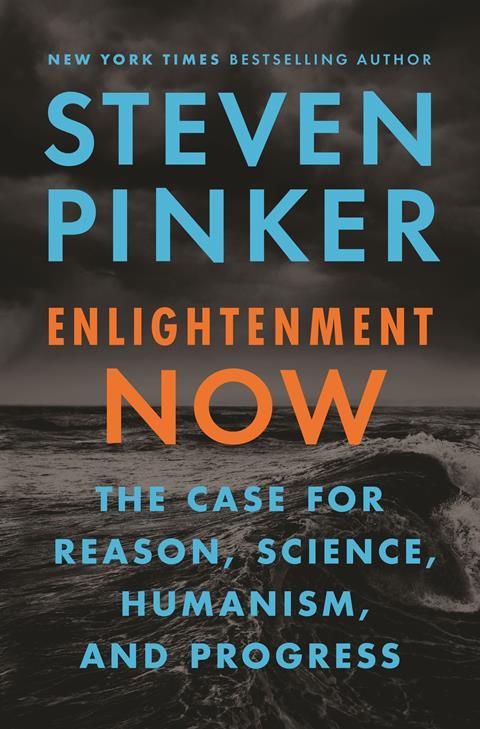 Steven Pinker must be incredibly pleased with himself. That’s not to say his latest book is any good – it isn’t – but there is a pervasive smugness to Enlightenment now that drips off every page. Early on, Pinker congratulates himself on an answer he gave a student. He follows it up by propping up nonsense straw man arguments against his work and shooting them down with snark. And that’s before we really get going with the book at all.

In this weighty tome, Harvard’s eminent psychologist extols the virtues of the Enlightenment – as far as Pinker is concerned a historic utopia of science and reason. He follows up with a series of death-by-PowerPoint graphs on why the world is all shiny and lovely, before ending with an essay on how you’re probably already a humanist but didn’t know it. I suspect this is preaching to the choir – only those who agree with Pinker are going to pick up a book with a good fifth dedicated to a reference section – but that would be forgivable if Pinker didn’t commit the very fouls for which he lambasts his detractors. He cherry-picks his data as if cherries are going out of season. He completely misunderstands the history of the Enlightenment (read Nick Spencer’s review at Theos, which I read after forming my own opinion, for more). Perhaps most unforgivably, he takes an almost entirely white, Eurocentric view of the world.

This is not to say there isn’t a lot of good stuff there, albeit most of it in quotes from other works. If you’re interested in the case for humanism, some useful data sets to back up your arguments, or a big book to pose with pretentiously at your favourite hipster chai latte bar, this is your ticket. Beyond that die-hard crowd, however, it’s a hard book to recommend.