From Science Fiction to Science Fact: How Writers of the Past Invented Our Present 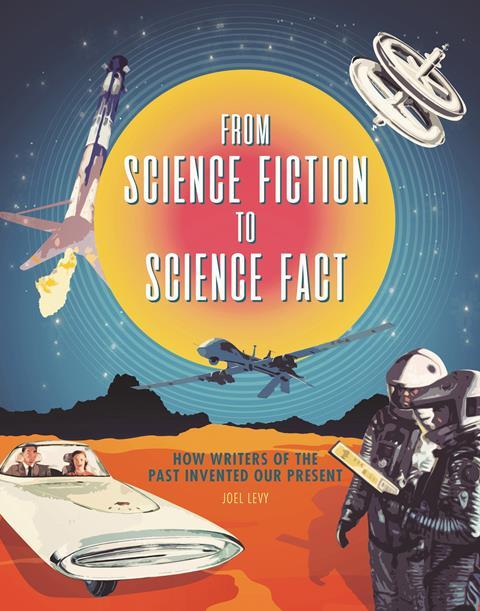 As an avid sci-fi fan and scientist, I was delighted to get my hands on From Science Fiction to Science Fact. At first glance it’s a beautiful book loaded with eye-catching photos and a colourful layout. Unfortunately, it fails at its central premise: demonstrating how science fiction directly influenced actual inventions or discoveries. The book offers many parallels and correlations but does not show causation.

The book is organised into different section like communication, medicine and military. I liked the variety of topics and stories covered but I felt the chapters – and the book as a whole – ended abruptly.

My main criticism is that the majority of sections don’t show clear links. For example, the author Joel Levy writes that H G Wells’s 1913 novel inspired Hungarian physicist Leo Szilard to think otherwise about the possibility of nuclear chain reactions. But Levy doesn’t provide any evidence of this. A later section states: ‘As with several other iconic Star Trek technologies, replicators are directly responsible for inspiring developments in real-life technology.’ Levy then talks about modern technology that parallels that from the show without showing any proof of causality. If the aim was truly to demonstrate how sci-fi created the future then the book is hurt by the complete lack of references or even quotes.

Another thing I had issues with was where the author drew the line between science fiction and fact-based speculation. Writings and diagrams from both Nicola Tesla and Leonardo da Vinci were both categorised as science fiction that inspired later inventions rather than the work of far-seeing scientists who predicted possible future developments in their fields.

I did wonder if I was being overly critical as I read because I was taking notes for this review so I loaned the book to my dad (whom I got my early love of sci-fi from). His opinion was overall positive; he liked the further reading section that collected all the original science fiction that was referenced. He said he would like to have seen a ‘not quite yet’ chapter with technologies inspired by sci-fi that are just around the corner.

Perhaps it’s difficult to prove that sci-fi stories led to specific discoveries and inventions because there is never only one inspiration for an idea. Levy points out that often, revolutionary ideas – like calculus or evolution by natural selection – occur to different people at the same time, simply because their time has come. Previous knowledge and ideas enable scientists to take the next steps, and fiction is definitely part of that prior body of knowledge.

I think that if a reader isn’t expecting the definitive proof suggested in the subtitle, the book is an enjoyable and well-presented exploration of the parallels between science fiction and science fact throughout Western history.