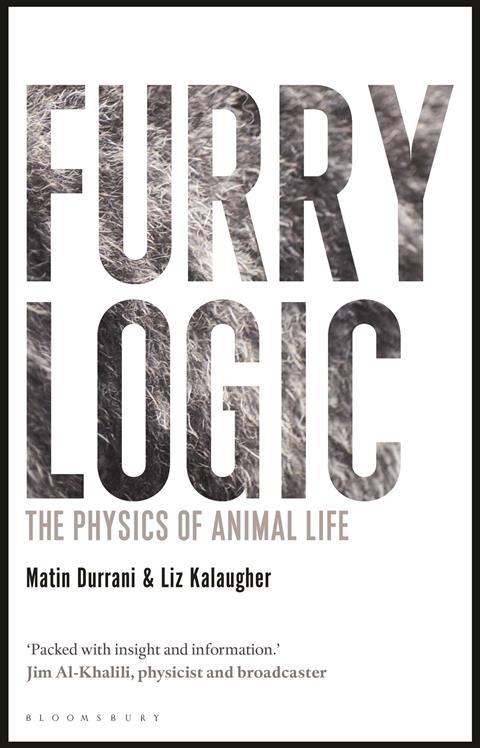 How can mosquitoes fly in the rain, despite one raindrop weighing about 50 times as much as the insect? And how does an archerfish deal with refraction when it tries to snipe insects by spitting at them with a jet of water? These are only a few of the questions Matin Durrani and Liz Kalaugher tackle in their book Furry logic.

In six chapters on heat, forces, fluids, sound, electricity and light, the authors explore how animals have evolved to exploit these physical phenomena to survive. Furry logic looks at all kinds of common and quirky animals, from seemingly simple questions of how cats drink – which is, as I found out, so complex that researchers still argue which of the different mathematical models they developed is correct – to scientists trying to reconstruct how long-extinct pterosaurs could fly despite their enormous size.

Instead of just stating fact after fact, Durrani and Kalaugher take the reader on a journey following the scientists that uncovered (or are still working to uncover) the physics behind animals’ behaviour. University of Cambridge zoologists built a one-metre wingspan bionic moth – an image that is simultaneously fascinating and terrifying – to study the aerodynamics of insect flight, and a Georgia Institute of Technology researcher watched 16 animal species urinate to find out that on average it takes them 21 seconds to empty their bladder. I thoroughly enjoyed reading about the researchers’ work and their sometimes unusual methods to study their animal of choice in more detail. I think it is these personable insights that will make the physics more approachable.

Science-savvy readers might be familiar with many of the physical phenomena the authors describe and might find some of the explanations overly long or even superfluous; however, I believe the authors intentionally didn’t assume any science knowledge since the book is clearly pitched at a younger audience. Its tone is jovial and packed full of pop culture references. If you enjoy puns, you’ll find a high density of witty wordplay in Furry logic.

If I had one criticism, it would be that complicated science is labelled as tedious and the mention of scientific words as panic-inducing. ‘Here we’ve aimed for a level that remains fun,’ the authors write in their introduction. I think that science can be fascinating, engaging or surprising, but it doesn’t necessarily have to be fun – or be ‘made fun’, for example by avoiding scientific words or complex details.