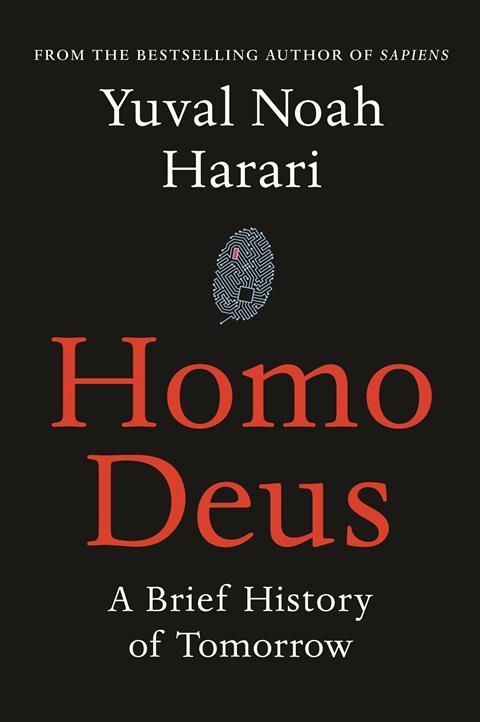 If someone offered to take you in a time machine and show you the history of your own species my guess is that most people would say: ‘Yes, please, Mr Crazy Scientist Man.’ This is, in essence, what Yuval Noah Harari did in his previous work, Sapiens. In Homo deus: a brief history of tomorrow, Harari is now opening his time machine once more, offering readers the chance to study the possibilities, not prophecies, historical prediction and current research might generate for the all-too-near future.

For thousands of years, three torments have been the bane of Homo sapiens’ existence: famine, plague and war. But imagine for a moment a world where these are no longer major issues. Sound unconvincing? Harari points out this might not be so distant a future as we think: ‘For the first time in history more people die today from eating too much than from eating too little; more people die from old age than from infectious diseases; and more people commit suicide than are killed by soldiers, terrorists and criminals combined.’

It’s thought-provoking stuff, but this prompts the question: Without these threats, where will Homo sapiens direct their attention? According to Harari, our growing obsession on developing technologies – including artificial intelligence and genetic engineering – and the eternal problem of death may offer the answers. Harari cautions that we may get carried away with advancing our own bodies and warns that ‘no clear line separates healing from upgrading’, even suggesting that smarter algorithms and superhumans may come to dominate regular humans. Homo deus covers many interesting topics, including biological, cyborg and non-organic engineering, cyber wars, self-driving cars, control of data protection and music-making machines that humans mistake for Beethoven.

Whilst written in the same captivating way as its predecessor, Sapiens, I have to admit I still found myself waiting fervently for the section dedicated to the future. Written in three parts, I felt the book didn’t quite gear up to 88mph until part three, where I opened the time-travel machine’s door and finally glimpsed how historical prediction may shape the future. Admittedly, I would have preferred the insights into the past, present and future to be grouped by subject relevance rather than chronologically. Even so, it still made for an incredibly interesting read which, although not quite as awe-inspiring as Sapiens, will still leave those interested in evolutionary history, science and technology with plenty to digest.

A book that’s sure to prompt discussion, Homo deus takes the reader on a fun time-travelling adventure, with just a smidge of crazy scientist. But be warned: as you read this article, perhaps intelligence is already being gathered on your reading habits, paving the way for the day when ‘books will read you while you are reading them’.