How to Argue with a Racist: History, Science, Race and Reality 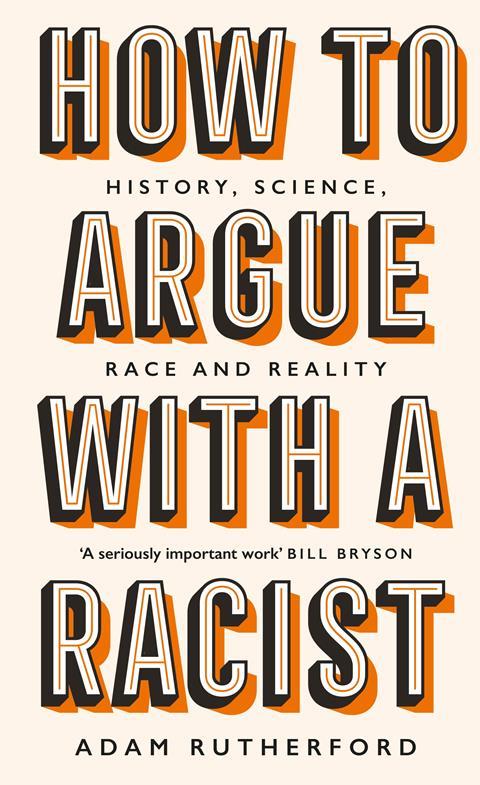 I’ve always struggled to react when I hear something ludicrous. The shock typically leaves me dumbfounded until I’ve run it over in my head a million times, by which time I know exactly what I should say but the moment to take action has passed. Reading Adam Rutherford’s How to Argue with a Racist has, however, has empowered me with ammunition to respond to racial discrimination should I encounter someone trying to justify their prejudice with science.

The book has four parts that cover skin colour, ancestors, sport and IQ. Rutherford explores attempts to categorise people and establish a link between biology and race. ‘The continual failure to settle on the number of races is indicative of its folly,’ he writes. Race was invented in an era of exploitation. Despite appearances, however, race is a social concept, not a scientific one.

In the section on ancestors, Rutherford explains the problem with genetic genealogy tests from companies like 23andMe and AncestryDNA. It’s obvious once he explains it. Their databases run on DNA data from other paying customers, not the general population, which means the results are likely determined by socioeconomics. Being interested in your ancestors isn’t a problem. The problem is that these tests suggest there is a straight line between genetic signatures and geography. Human movement is, of course, messy and Rutherford makes clear the limits of such tests.

The section on sport quashes ideas attributing sporting success to race that I have definitely heard during sports broadcasts in the past. Rutherford scrutinises attempts to link East African ancestry and endurance running, and why there so few black professional swimmers. Genetics studies have looked for speed and endurance genes but it’s normally the case that many genes control a single physical trait through a network of complex interactions. Reducing success to biology ignores the societal influences on sport.

Rutherford’s first sentence on page 1 of the book states: ‘This is a deliberately concise book,’ – others book authors please take note. His writing style is clear and engaging with ocassional moments of wit. Having also read Angela Saini’s book Superior: The Return of Race Science, I was worried I might end up reading essentially the same book twice but they complement each other nicely.

It’s taken a while, but more of society seems to have realised that not being racist is inadequate. Reading this book isn’t a quick fix to calling yourself anti-racist but educating yourself is one step on the path to playing your part in ending oppression. And it’s a million times more effective than changing your social media profile picture to a black square.