It may seem a little macabre to read a book about murder, but John Emsley seems to have struck the right balance between morbid and fascinating. 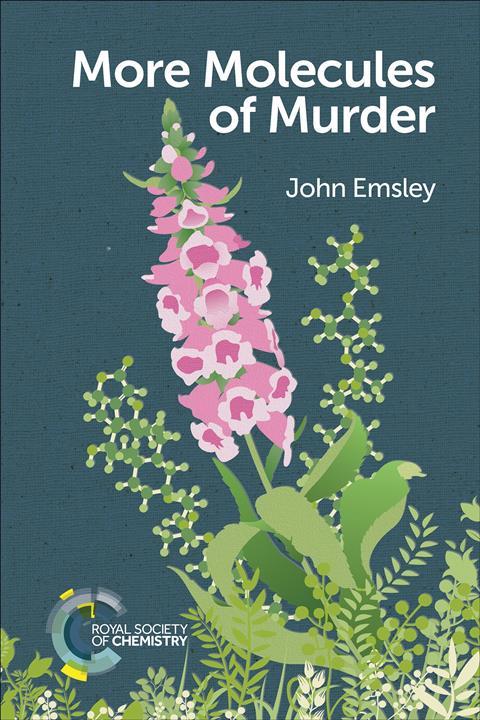 There are many true crime books available nowadays, but More molecules of murder aims to be a little different. Rather than focusing on the murder, murderer or victim, Emsley gives an account of the action and detection of the poison, which makes the content less gruesome than you might expect. The book is clear, informative and engaging, explaining difficult concepts in simple language with plenty of interesting facts.

Take gelsemine, for example, a toxin found in yellow jasmine that causes giddiness, dizziness, nausea, difficulty breathing and eventually death. Gelsemine was used in the 19th century in tonics for treating fevers and preventing migraines, but people who took it kept dying. Interestingly, one of the early researchers into the toxicity of gelsemine was Arthur Conan Doyle (yes, that one), who ‘determined to ascertain how far one might go in taking the drug, and what the primary symptoms of an overdose might be’. Eventually, after several days of persistent diarrhoea, he gave up. Still, Holmes would have been proud.

More molecules of murder is divided into two sections: the first focuses on man-made chemicals and the second natural toxins. There are seven examples of each, ranging from antifreeze to hemlock, and for each one Emsley describes the discovery and history of the molecule, its effects on the body and its use as a murder weapon in real cases. He also outlines the role of analytical chemistry and forensic science in detecting these toxins and prosecuting the guilty party – or not, as in the case of the ‘psychopathic surgeon from Argentina’. Parts of the book serve as a reminder that sometimes people really do get away with murder.

More molecules of murder is a follow-up to Emsley’s similar book Molecules of murder: criminal molecules and classic cases in which Emsley discussed five natural and five unnatural toxins and explored some famous murders and murderers. The books are separate – you definitely don’t need to have read the first one to appreciate the second. But chances are if you enjoyed one, you’ll want the other.