Occult chemistry and the gold standard

Modern alchemy: Occultism and the emergence of atomic theory 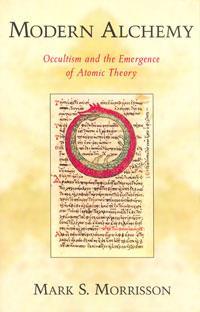 Modern alchemy: Occultism and the emergence of atomic theory

After winning the Nobel Prize in 1904 for the discovery of the inert gases, Sir William Ramsay astonished the scientific world by a series of claims that he and his University College colleagues had succeeded in the artificial transmutation of one element into another by purely chemical manipulations.
Ernest Rutherford, who did succeed in doing this by physical methods in 1919, was not impressed. But occultists like Arthur Waite and historically-minded chemists like John Ferguson were. Had the alchemists been on the right track after all?
One physical chemist who thought so was H Stanley Redgrove (1887-1943), a lecturer at the Regent Street Polytechnic who was also interested in Swedenborgism and Theosophy. In 1912, together with a number of theosophists and former members of the Hermetic Order of the Golden Dawn, he formed the Alchemical Society. Morrisson suggests, intriguingly, that this learned society of occultists, chemists and historians was an attempt by hitherto secretive occultist groups to re-spiritualise science.
The emerging sub-atomic theory exposed by radioactivity was revealing the validity of alchemy as both a physical and spiritual system. Why Ramsay and Soddy, who were both interested in chemical history, failed to join is unclear. The society collapsed under the duress of war in 1917 by which time it was clear that Ramsay’s experiments had been faulty. (In one ’transmutation’, for example, lithium had been formed from Ramsay’s cigarettes.) Although Redgrove tried to revive the Alchemical Society in the 1920s, he was unsuccessful. Instead, as the author shows, Rutherford’s creation of nuclear physics induced serious press discussions of how synthetic gold might affect monetary systems based upon the gold standard.
Morrisson’s account of the extraordinary relationship between chemistry, physics, occultism and money in the first three decades of the twentieth century will be enjoyed by chemists and give pause for thought to any readers who believe science to be devoid of transcendental interest.