Students in the 1940s attending Michael Polanyi’s first-year lectures on energy states and x-ray crystallography (delivered quietly and precisely without mention of his pioneering 1920s research in Berlin) knew that he had qualified in and practised medicine in the first world war.

Few were aware that, while setting up and directing research groups in kinetics, headed by C E H Bawn, A G and M G Evans, P D Plesch and others (but with Polanyi’s name rarely on the papers), Polanyi directed much of his intellectual energy towards economic and social studies; this included denouncing John Bernal’s fashionable centralised approach to science. One research student, indeed, suggested that his thesis should acknowledge ’quantized interest and advice’. 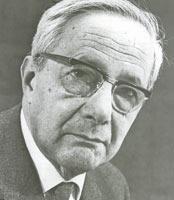 In 1948, Manchester recognised the shift in Polanyi’s interests by offering him a professorship in social studies in order to retain (with few teaching duties) this ’Erasmian man’. By the time of his formal retirement in 1958, Polanyi had become a philosopher of science, to be celebrated even more in the US (where there is a Polanyi Society) than in the UK.

Having interacted with Born, Einstein, Haber and Pauli, Polanyi included Calvin, Ewald, Eyring and Wigner among his co-authors. William Scott and Martin Moleski describe how, in Hungary, Germany and England, he made significant advances in adsorption thermodynamics, fibre structure, catalysis, polymerisation and kinetics. Continuing his sodium-flame experiments might have led to higher international recognition. Instead, his non-chemical writing and teaching made him a distinguished figure in economics, theology, aesthetics, political theory and, especially, the philosophy of science.

This scholarly biography, based on decades of research and 125 taped interviews (but with little direct co-author collaboration), provides a coherent, congenial, yet comprehensive and compelling, story of a major scientist and philosopher of the 20th century.