Science on the air: popularizers and personalities on radio and early television

Science on the air: popularizers and personalities on radio and early television

Science and the media: delgado’s brave bulls and the ethics of scientific disclosure

In Science on the air LaFolette takes us back to the first generation of science educators in a well-researched and well-informed book on early US radio and television broadcasting from 1923 (when Austin Clark gave the first Smithsonian Radio Talk) to the mid-1950s. Descriptive talks and fact-based presentations were soon altered and constrained by the pressures of scheduling, commercial advertising, political controversy and the need to ’entertain’. As these media matured, science broadcasting often failed to take advantage of the new opportunities offered and became somewhat marginalised over the years. Where efforts have been made to make science interesting and to provide it in an informative mix with history, space, technology etc, a dedicated audience has been created and maintained - as shown by the success of the  Discovery Channel, currently celebrating 20 years of broadcasting. 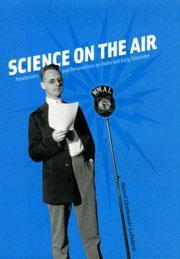 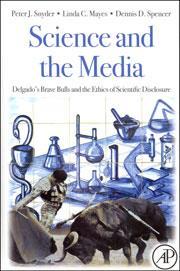 Science broadcasting has moved from education to entertainment

Today there are even more opportunities to get the message over, as the public now gets its information in a whole plethora of modes, including internet, podcasts, mobile phone delivery, video etc. The challenge is for the scientists of today to learn the lessons of history and find an appropriate niche in cyberspace.

In Science and the media,  Snyder et al  present the other side of the media picture - how scientists should deal with the media in their quest to inform the general public about their research in honest, truthful, and still interesting ways. University science departments, science research establishments and industry all have press officers and media contacts that assist their efforts in getting messages across in informative and entertaining ways, but there is still a need for scientists themselves to be able to handle telephone calls and interviews from the press on their research findings. The book provides a compelling overview and analysis of the difficulties of dealing with mass media and provides tips and solutions.

Science and the media  provides a series of case studies by leading scholars in the fields of bioethics, medical journal editing, science journalism, philosophy of science, history of medicine, public health and philosophy of religion to illustrate positions and points of view and offer unique perspectives on the interplay between science and the media. It includes a famous movie from Jose Delgado that shows his attempts in 1964 to demonstrate ’remote control’ of a bull in Cordova, Spain - hence the subtitle of the book.