Sex, lies, and brain scans: how fMRI reveals what really goes on in our minds 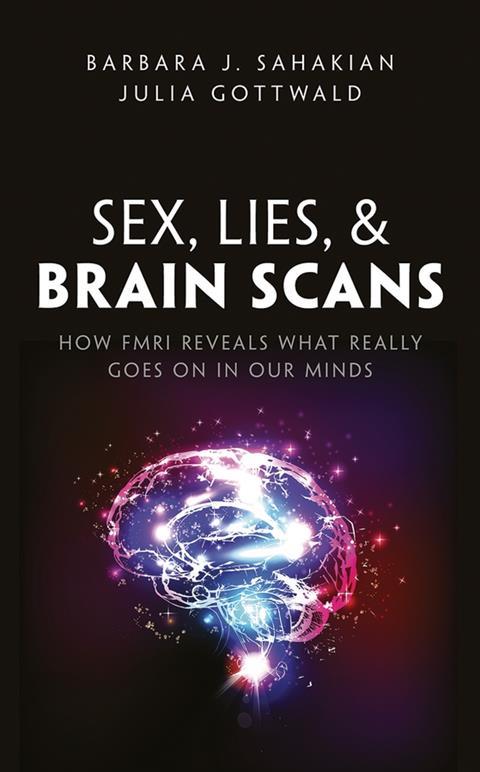 Sex, lies, and brain scans describes how neuroscientists can use functional magnetic resonance imaging (fMRI) to read minds – or not.

Normal MRI looks at the magnetic differences of the different environments of water in the body and shows the changes in density between different tissues like blood, bone or muscle. fMRI is similar, except that it measures the magnetic differences between oxygenated and deoxygenated blood to track blood flow in the brain. In Sex, lies, and brain scans, neuroscientists Barbara Sahakian and Julia Gottwald tell how fMRI has enabled scientists to scan people’s brains in real time and show which regions of the brain are more or less active during a particular task or thought process, gaining insight into which part of the brain does what and the relationship between our brains and our minds.

fMRI can allow patients in a vegetative state to communicate, it can show if a person has an unconscious bias for race or gender, it can even be used to tell us if someone is telling the truth or not. But does this mean that fMRI can be used to read minds? Well, not quite. Yet.

Sahakian and Gottwald describe the huge growth in the field of neuroscience made possible by fMRI and similar technological developments, but they also do a good job of outlining the restrictions of fMRI and the difficulties faced by researchers.

But what if fMRI could let us read minds, would that be a good thing? Could we use it for lie detection or for screening for terrorists at the airport? Is evidence of a thought the same as intent or responsibility? And what about privacy and human rights?

This book is as much about neuroethics as it is about neuroscience. Sex, lies, and brain scans provides the reader with scientific groundwork and then asks tough questions – there is scientific interest in understanding how our brains process truth and morality, but there should also be societal and legal interest in considering where this may lead.

For example, studying the brains of prisoners while lying revealed the differences in the brains of psychopaths and their perceptions of morality. If a brain scan revealed someone to have psychopathic tendencies, should they be imprisoned to prevent them from committing a crime in the first place? Or should a psychopath or someone with a particular genetic condition not be held accountable for their crimes?

Overall, this book feels like an academic review as it covers a lot of information, but it is clear, concise and full of fascinating case studies involving patients, prisoners and psychopaths, and invokes ethical questions reminiscent of 1984’s thought police or Serenity’s reavers.

Be warned though, Sex, lies, and brain scans contains almost no sex.