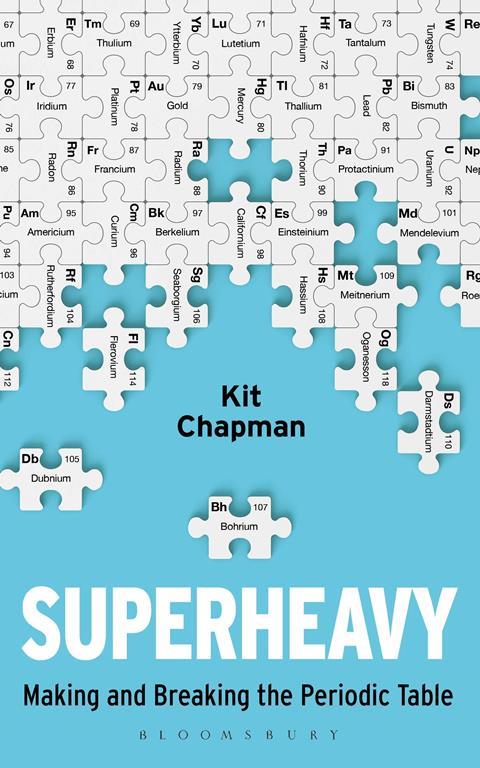 Whether the reason Russian scientist Yuri Oganessian gave Kit Chapman for trying to make new elements satisfies or frustrates you may say a lot about your attitude to science: ‘If you have a device that can do this, why not?’

The device is a particle accelerator that fires ions at a target at around a tenth of the speed of light in the hope that two nuclei will merge and create a new ‘superheavy’ element, with more protons in its nucleus than any atom on Earth – and indeed in the cosmos at large – has ever had before. The current heaviest of these has 118 protons, and it is named after Oganessian himself: oganesson, only the second element to be named after a living person. Oganessian has for many years led a team of element-makers at the Joint Institute for Nuclear Research (JINR) at Dubna in Russia, where several superheavies appeared for the first time. JINR now has a new, more powerful accelerator, the centrepiece of what its researchers call the Superheavy Element Factory, which will not only try to make elements beyond oganesson but might also make existing superheavies in far greater quantities than the handful of individual atoms seen so far.

Chapman’s book Superheavy is perfectly timed for the UN’s International Year of the Periodic Table, celebrating 150 years since Dmitri Mendeleev first organised all the known elements into groups with similar chemical properties. The periodic table grew steadily after Mendeleev introduced it. Since studies of nuclear chemistry in the 1940s, it has been augmented by elements beyond those found in nature, which end around uranium (element 92). Chapman gives the first accessible, book-length account of this story, bringing us right up to date in the quest to create new kinds of atom. He has travelled to all the element-making Meccas: the Lawrence Berkeley and Oak Ridge National Laboratories in the US, the Helmholtz Centre for Heavy Ion Research in Darmstadt, Germany, the Nishina Center for Accelerator-Based Science in Japan, as well as JINR and beyond. He has spoken to most of the leaders in this field, making Superheavy authoritative and comprehensive.

Without any compromise in accuracy, the book is compelling, conversational and entertaining, full of great stories and insights into the characters behind the quest. Full disclosure compels me to say that I have worked with Chapman as a colleague on Chemistry World for several years, and that I saw an advance copy of this text. Make of that what you will; for me, it simply adds to the pleasure in seeing what a splendid job he has made of his first book.

Oganessian’s comment above might sound divisive because it asks you to decide if these expensive machines should become their own justification. But I think he is being characteristically playful here. Like most people in this field, he is motivated by profound questions: Is there a limit to the elements we can make? Will they fit into the periodic table, or will their extreme nature disrupt its structure? Might there be superheavy elements and isotopes that don’t vanish in an instant? It is sheer curiosity to ask – but curiosity about the very foundations of chemistry and nuclear physics.