The Disordered Cosmos: A Journey into Dark Matter, Spacetime, and Dreams Deferred 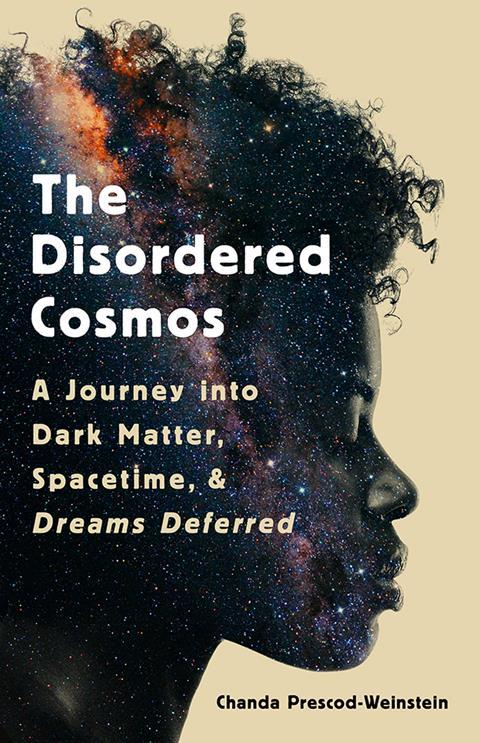 We tend to think of science as objective and neutral, driven only by scientific principles and free of social disturbances. In The Disordered Cosmos, Chanda Prescod-Weinstein – assistant professor of physics and astronomy and core faculty in women’s and gender studies at the University of New Hampshire, US – exposes the racism and sexism that persist across all scientific disciplines.

‘You have to be twice as good to get half as far,’ was probably a phrase that Prescod-Weinstein – who is only the 54th Black US woman to earn a physics PhD – grew up hearing. In her book, she writes about serious science, from the physics of melanin in the skin to dark matter and the axion, a hypothetical particle and the subject of her own research. In brilliant prose, Prescod-Weinstein manages to interweave her love and exploration of astronomy and physics with the history of racism and oppression that her ancestors and she herself have been put through.

Prescod-Weinstein is the first Black woman to hold a tenure-track faculty position in theoretical cosmology, which places herself in history – both that of physics and that of her ancestors. By coining the term white empiricism, which relies on inaccurate language, she argues against the analogy that compares dark matter to Black people, when in fact dark matter is invisible. She also condemns intellectual colonialism in its dismissal of indigenous knowledge.

As a remedy, Prescod-Weinstein proposes creating the conditions that give children the freedom to look at the night sky, and feel liberated to just sit down and wonder. This is Prescod-Weinstein’s dream deferred, something she would have liked to have experienced during her own childhood. Now, hopefully, as more awareness is brought, it will at least be a dream come true for the next generations.

This is a timely, provocative, necessary book. Part sociological study, part biography, part introduction to cosmology and particle physics, it opens readers’ eyes to how science is being conducted in our contemporary society – and how systemic racism limits science’s potential and humanity.

I highly recommend The Disordered Cosmos to science readers, students of feminism and all those interested in the political aspects of Stem professions.