The gene: an intimate history 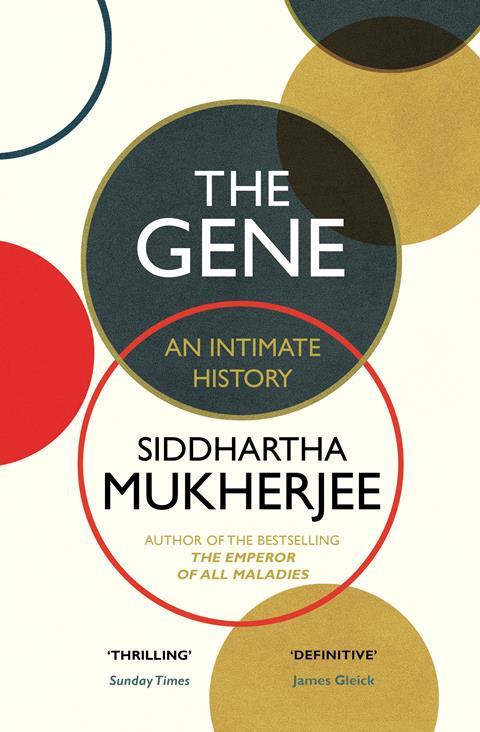 The gene: an intimate history is a staggeringly impressive piece of writing from geneticist and Pulitzer prize winning author Siddhartha Mukherjee.

The gene takes us on a fascinating journey through the history of genetics, which begins with the Ancient Greeks and their early theories of heredity. Mukherjee goes on to describe the rapid evolution of genetics over the last two hundred years – a period defined by the monk Gregor Mendel’s work on heredity and the race to decipher DNA. The book’s final chapters describe contemporary research on biotechnology, gene therapy and genomics, as well as future developments.

Mukherjee promises an ‘intimate’ history and succeeds, narrating this tale with a poetic lucidity that leaves the reader completely absorbed. As with the best detective stories, we identify with the protagonists and almost feel as if we are in the laboratory (or greenhouse) alongside them as they close in on landmark discoveries. Threaded through the narrative are Mukherjee’s own memories and deeply personal accounts of how hereditary illnesses have affected his own family.

The gene refuses to shy away from difficult topics. The disastrous eugenics programmes of the early 20th century, tragically ill-fated trials of early gene therapies, and our entire notion of ‘illness’, are all confronted with sagacity and compassion.

Stressing the hugely complicated recipes of chance, environment, and combinations of multi-purposed genes that can determine our susceptibility to different disorders, Mukherjee also addresses misconceptions around genetics and tempers any expectations of miracle cures for all of our ailments. That said, with ever-increasing levels of computational power and advances in our ability to edit genetic code, we are undoubtedly entering an era of immense new possibilities. With this in mind, Mukherjee urges caution and calls for further debate on the permissibility of, and restrictions that should be placed on, future genetic interventions.

The book itself is exquisitely produced and also contains fascinating photographs, including some of the genetic pioneers from Mendel to Rosalind Franklin, as well as a victim of an early attempt at ‘genetic cleansing’, Carrie Buck – to whom the book is dedicated.

Despite the weighty subject matter explored throughout The gene, it is written with a clarity that brings the most complex concepts to life. Regardless of the reader’s prior understanding of genetics, they will find The gene an accessible, gripping and thought-provoking read. In short, this book is a masterpiece and you should read it.