The genome factor: what the social genomics revolution reveals about ourselves, our history and the future 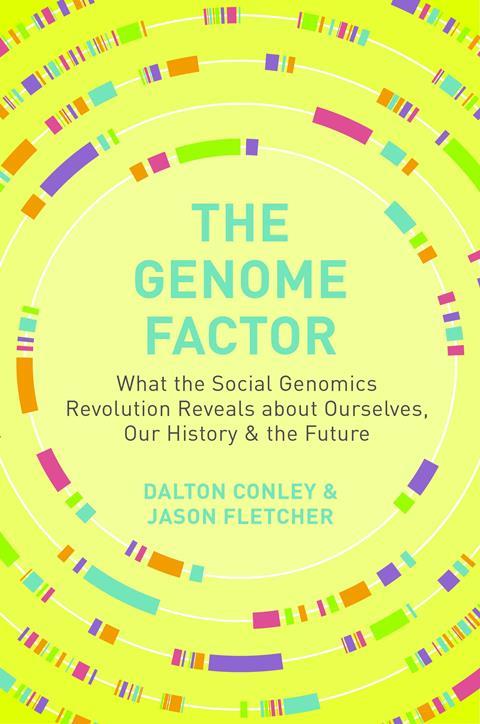 In 1871, Darwin published The descent of man, his follow-up to On the origin of species, in which he described the ‘differences between the so-called races of man’. After his death, this led to the concept of ‘social Darwinism’, the first of many examples of collaborative exchanges between biologists and social scientists that have had devastating impacts on society.

In The genome factor, Dalton Conley and Jason Fletcher, social scientists from Princeton University and the University of Wisconsin–Madison, describe the use of genetics in social policy and its current and future implications. They outline the unfortunate consequences of ‘sexy headlines’, small data sets and irreproducible results. They discuss the genetics of racism and inequality and attempt to show ‘how genotype acts as a prism refracting the white light of average effects into a rainbow of clearly observable differential effects and outcomes’.

One example of this genetic refraction is skin colour. In fact, one of the major ideas that I took away from this book is that racism is based on lies. Particularly given the current news climate, with reports about the resurgence of white supremacy in some parts of the world, I thought it was fascinating to learn that tribes in Africa are more genetically distinct from each other than Asians are from Europeans.

Humanity began in Africa about 200,000 years ago. About 100,000 years ago a small group of Homo sapiens (about 1000–2000) left Africa and spread out across the rest of the world: all humans are of direct African descent and share these ancestors – this population bottleneck means that east Asians and Europeans are more genetically similar than the Hazda and Fulani peoples of Africa are.

There were many aspects of this book that were fascinating: the historical insight through genomics into colonisation and slavery, as well as the fact that most married couples in the US are as genetically similar as first cousins once removed, or the fact that genetic diversity may affect economic growth.

That said, this book is heavy going. The subject matter is absorbing but some of the issues raised are complex and potentially upsetting. In addition, some sections of the book were quite technical – I have no background in statistics so there were some paragraphs that I needed to read again to get my head around. Nevertheless, the language is clear and concise and the book is structured in a way that is easy for the layperson to read, with plenty of additional information and technical data about the methods and statistical analyses available as appendices for those who want a more in-depth understanding.

Conley and Fletcher will leave you pondering about the future societal implications of Gattaca -like discrimination and social stratification based on genetic information, as we prepare for dating websites that list our ‘educational polygenic score’ alongside academic achievements.