The science of fiction 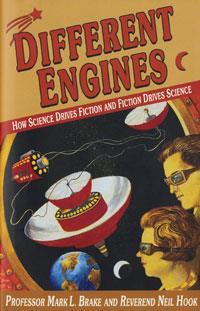 From Johannes Kepler’s 17th century dreams of alien life in his classic Somnium  , to Arthur C Clarke’s 2001: A space odyssey  , science fiction has provided a running commentary on science for over four centuries - acting as inspiration, provocation, and warning.

In this tour of hundreds of writers from H G Wells and Jules Verne to Philip K Dick and George Orwell, Brane and Hook tease out all manner of connections both familiar and surprising between science, fiction and society. Science fiction, they argue, is key in determining the perception of science and even helps to shape its future direction. ’Trying to best express the taste, the feel, the human meaning of scientific discoveries is how science fiction works’.

The book is a curious mixture between an entertaining survey and an academic primer. Though whistlestop explanations of historical context are attempted, the reader will need a basic understanding of the history of science - and a fair appreciation of science fiction - to engage with the writers’ arguments.

It’s perhaps inevitable that in covering such a vast chronological and thematic territory - from spaceships and cyborgs to nuclear war, the environmental movement and eugenics - the authors have spread themselves too thinly. But the sheer enthusiasm of the writing and the breadth of the examples mean any reader will find some fascinating and surprising examples of the interactions between fiction and science.