How Richard Brown helped to redefine the mole 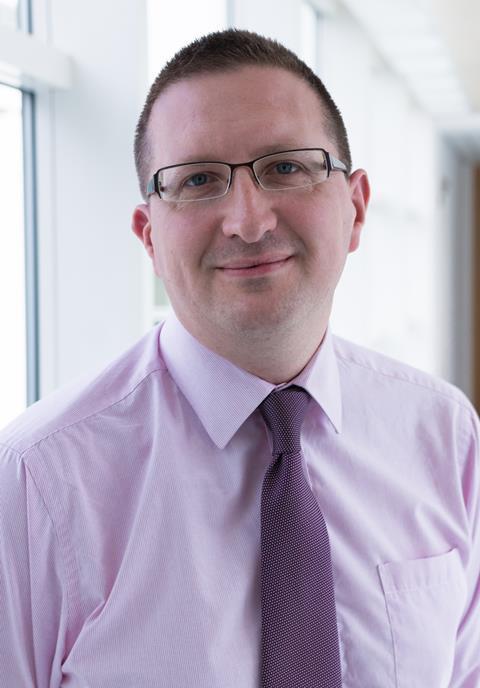 As the inaugural head of metrology at the UK’s National Physical Laboratory (NPL), Richard Brown relishes a detailed scientific debate. Recent topics include helping to revise the international system of units (SI) and running projects ensuring the accuracy of air quality measurements. His role was set up ‘to make sure we are focused on the metrology we do, not only internally at NPL – assuring the quality and reproducibility of our science – but also in terms of how we interact with the outside world,’ he says.

Around half of NPL’s work is based on fundamental measurement science (metrology), the rest split between forward-looking research and helping to address national challenges. This includes providing standards for a large number of measurements made in society, from breath alcohol standards for police forces to gas standards for engineers assessing boiler safety. But NPL also advances measurement science and plays a vital role in international debates over units.

Brown has chemistry in his blood. His father worked as an industrial chemist, while his grandfather was a professor of biochemistry at the University of Sheffield, UK, working under Nobel prize winner Hans Krebs.

After doing a degree in chemistry and a PhD in electrochemistry at Imperial College London, UK, Brown paused briefly to consider what to do next. In 2000, he wandered into the careers office and found himself drawn to an NPL poster. He sent off a speculative application.

At first, Brown was a rare chemist in a sea of physicists. But the metrology world was changing. ‘We got to the stage where some of the measurement challenges that we were addressing were much more associated with chemistry and environmental science,’ he recalls. NPL now fully manages two of the UK’s air quality networks and is also delving into emerging issues such as the need for better health metrics for air quality. This includes looking at measuring air pollutants unrelated to exhaust emissions, such as particles from brake and tyre wear. ‘We have been starting to measure the types of metals – such as barium and antimony – that you would expect to come from brake wear and to identify what the contribution is to particle loading,’ he says. ‘A lot of the air quality research we do is providing confidence in measurements.’

In 2019, Brown oversaw NPL’s contribution to the revision of the SI. ‘It’s a very exciting thing to be involved in,’ he says. ‘We have a new set of SI base unit definitions that is future-proofed.’ But one SI issue is yet to be resolved: ‘You wouldn’t believe how much discussion there is on angles,’ he says. ‘Some people think that angle is an independent base quantity in the same way that mass is. Other people think it’s not an independent quantity [because they think it’s a length ratio]. It’s an argument that’s still rumbling along.’

‘In many ways, the fundamental work on units and their definitions is one of the most interesting parts of the job,’ says Brown. ‘Being part of an international community with a common purpose to get these things right, and ensure the accuracy and confidence in measurements is a really great part of the job.’

Brown was really excited to be involved in a new definition of the mole, which was adopted in 2018. The original definition in effect stated that the mass of a mole of carbon-12 was exactly 12 grams. ‘In the new definition, what we are saying instead is that the numerical value of Avogadro’s constant [6.02214076 x 1023], which previously had uncertainty associated with it, is an exact value. We have simply moved the uncertainty around,’ he explains. ‘It was an important change to make, to show that chemistry is aligned to the rest of the SI.’

The updated SI will ‘last a while’, he says. However, he predicts that the increasing accuracy of optical atomic clocks will make a redefinition of the second likely to be needed in around 10 years’ time. Brown is also on a personal mission to extend the range of available SI prefixes, which currently only go up to yotta (1024), to meet requirements in areas such as big data and digital technology.

In the meantime, there remain big metrology challenges for the ‘latecomers’ chemistry and biology. ‘We have difficult things for metrology to grasp, such as the identity of biological cells.’

Brown has yet to pass on a love of SI units to his 12-year-old daughter, who, perhaps predictably, finds them ‘boring’. ‘I obviously go on about them too much,’ he laughs.