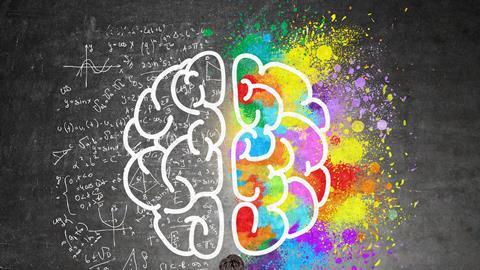 How to be a creative scientist

Creativity is more often associated with the arts, but as Albert Einstein said: ‘the greatest scientists are artists as well’. Creativity is undoubtedly an important factor in scientific breakthroughs and general research. In 1980, the journal Tetrahedron introduced a prize specifically to recognise creativity in organic chemistry. ‘We recognise that creativity is an essential ingredient to a scientist’s ability to open a new branch of research,’ explains Jan Willem Wijnen, executive publisher at Elsevier. ‘It is related to the ability and mind-set to see possibilities where others do not and during discussions of the prize committee that uniqueness of the work of nominees is taken into account.’

Unfortunately, harnessing our imagination isn’t always easy. So how can we be more creative in our research?

Find the time and space

‘The word [creativity] doesn’t sit comfortably with scientists,’ says Liz Elvidge, head of the Postdoc and Fellows Development Centre at Imperial College, London. However, it’s important to recognise that time spent away from a normal routine to think about new ideas and approaches will help you be more creative. ‘For scientists, that can be quite difficult because sometimes they are driven by their projects and have a limited amount of time,’ acknowledges Elvidge. She has been keen to encourage creativity, and she asks group leaders to allow their teams to take an afternoon each week for small side projects where they can be creative.

Write down your ideas

Ideas can come and go in a flash, so keep track of your creative impulses. ‘Start capturing and writing down your ideas,’ says creativity trainer Jamie Cleaver. Leonardo da Vinci and many other creative figures kept personal notebooks to capture observations, theories and develop ideas. Collecting information is also the first step suggested in A Technique for Producing Ideas, a classic text from advertising executive James Webb Young. He suggests to produce ideas you have to first catalogue different pieces information on separate index cards, which you can eventually synthesise into new ideas. He also suggests keeping an ideas notebook as an ongoing process.

‘Look beyond your discipline and see if you can draw inspiration from other disciplines or from nature, because a lot of powerful ideas have come from cross pollination,’ Cleaver suggests. ‘Learn stuff that’s outside of your speciality – have a broad perspective rather than [just focusing on] your speciality.’

For scientists and engineers, rigorous logical training can, ironically, work against creativity. ‘The way we are trained is called convergent thinking – we are trained to solve specific problems and find the right answer,’ says Cleaver. He says what can be missing for chemists is a ‘divergent’ thinking stage – to consider a range of solutions, even those that may initially seem crazy, but could later lead to creative results.

‘I think one of the big components to helping scientists become more creative is to make them aware of the importance of the divergent thinking stage,’ argues Cleaver. In his workshops for chemical engineers, Cleaver uses brainstorming as a way to develop these skills. ‘Everyone things they are good at brainstorming, just as everyone thinks they are a good driver. But good brainstorming skills are quite elusive.’ Cleaver’s tips can work for groups or individuals, but in all cases he says: ‘it’s always about quantity, withholding criticism, then evaluation and welcoming unusual ideas.’

Creativity is not about intelligence: like a muscle, it must be worked out or can be lost. Neuroscientist Nancy Andreasen has shown creativity is not associated with a high IQ. She identifies creativity with extreme curiosity, wide interests and an environment that allows for free exchange of ideas.

Cleaver recommends chemists and engineers look at the techniques developed by Edward de Bono, the originator of the term lateral thinking in 1967. This suggests solving problems through indirect and creative approaches. ‘They are a bit uncomfortable for scientists,’ and can be ‘way out of their comfort zone,’ says Cleaver, but are useful techniques. Examples of the methods de Bono devised include the ‘random entry idea-generating tool’, where the thinker chooses an object at random and associate it with the area they are thinking about.

These methods work for some, although not all creativity experts support them. Cognitive psychologist Robert Weisberg from Temple University has criticised the lateral and divergent thinking concepts and claims neither is necessary for creativity. He argues many creatives use a process of logical thinking, trial and error, feedback and reflection, with expertise and knowledge being the foundation of creativity.

‘I would characterise [a creative chemist] as someone who is a risk taker, who picks themselves up from failure and keeps going on the ‘day job’ as well,’ says Elvidge. Research does show that risk-takers can be more creative, but this doesn’t mean sky divers or online gamblers will produce creative research. Creativity is linked specifically to those who take social risks, such as starting a new career or championing unpopular viewpoints. Creative researchers take intellectual risks and challenge the accepted wisdom. For research chemists, the balancing act is perhaps to be bold and creative in your approach, whilst managing the risks involved.