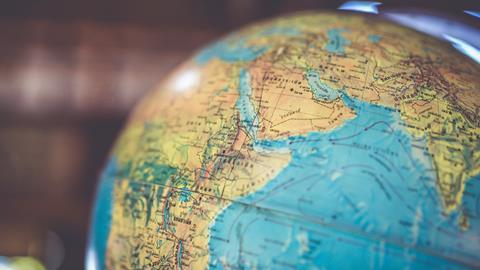 How to work in another country

A postdoctoral fellowship or placement in another country is considered a rite of passage for early to mid-career scientists. Moving countries, or ‘mobility’, has traditionally been the way to personally and scientifically enrich your career, enhance technical and leadership skills and show dedication to your scientific journey. But uprooting yourself to live in another country isn’t for the faint-hearted – it can feel like jumping into the deep end. We asked chemists who have experienced working abroad how they kept their heads above water.

What time does work start? Do you check emails outside office hours? And is the ethos one of collaboration or outright competition? The answers can differ widely from country to country, and it’s worth finding out what works for you before you make a move.

Petra Szilágyi, who was born and educated in Hungary, recently started a lectureship in functional materials at Queen Mary University of London, UK. Getting there included positions in France, the Netherlands and Australia, as well as shorter periods in the US and Japan. International mobility has had a huge impact on her career, but she warns anyone thinking of going abroad to think about the kind of scientific culture they may find. ‘I could differentiate two fundamentally different approaches in a department: collaborative or competitive,’ she says. ‘I personally feel like I thrive in the former environment and I feel like the latter approach throws a lot of unnecessary pressure on scientists.’ These differences can vary lab to lab, but in general, US labs are considered more competitive than labs elsewhere in the world . Finding out as much as you can about a lab’s reputation will help you find an environment that you will enjoy.

Inorganic chemists Andreas Phanopoulos and Charlotte Rivas both chose to become postdocs at the University of Tokyo, Japan after completing previous fellowships at Imperial College London, UK. ‘We both wanted to do something bigger and out of our comfort zone and we always liked Japan,’ says Rivas. The duo were the first international researchers in their new lab, and agree it’s important to know what to expect if you want to avoid a culture shock. ‘It is a bit of a stereotype, but [in Japan] they work extremely hard and long hours,’ says Phanopoulos. ‘My lab works all of Saturday as well [as during the week].’

Once you have a position, understanding the logistical challenges before you arrive will also help. ‘I wish we’d done a bit more research into the actual bureaucratic things to get sorted – it was a bit stressful in the beginning because there were issues around registering as a resident,’ explains Phanopoulos.

Sara Sabater had similar issues when moving to a chemistry postdoc at Bath University, UK, from Spain in 2016: ‘I would say bank accounts and accommodation are always the first things you need to check out… and are the things that will give you most nightmares!’ Sabater found herself in a tricky situation, unable to get a flat until she had a bank account, but unable to open a bank account until she had a UK address. In the end, she had to go to seven banks before she could fix the problem.

While English is viewed as the international language of science, it’s still worth trying to pick up a few words from your new home. ‘When we first arrived we had extremely limited Japanese language skills, but we could still sort of understand what people were talking about because there are so many scientific words that are universal,’ says Phanopoulos. He and Rivas decided to start taking five hours of language lessons a week, and say its helped them feel more comfortable and integrate into their labs.

Szilágyi agrees that language makes a huge difference when living abroad. ‘Try to learn the language of the country you work in. You will be more accepted and that will help you to build the support network you need.’

Making friends in the lab is another important element of enjoying your new life in another country. ‘[It] can become a quite lonely place if you’re in a country you don’t know and whose language you don’t speak,’ says Szilágyi. She says she found the US and Australia challenging because she found people’s mentality quite different to her own.

Lab friendships have also helped Phanopoulos and Rivas get the most out of their time in Japan: ‘It’s more fun when you experience the authentic culture – I’m really glad we’ve done that,’ says Phanopoulos.

Focus on your career goals

But working overseas is not an extended holiday, Sabater cautions: ‘You need to think seriously about what you want to do with your career, and you need to think where you see yourself in 10 years’ time.’ Any role overseas needs to fit with your long-term career aspirations. This means it’s important to make sure your project is well defined – and you can collect enough data to publish before you leave. ‘Typically, no one will bother to finish up the research properly after you’ve gone,’ says Szilágyi.

Sabater has now moved to a new position at the BASF-funded catalysis lab at Heidelberg University in Germany. ‘I think every time I move its going to be easier, but I always find out there are new issues,’ she says. To others following her overseas, she promises that in the end it is rewarding. ‘It will be tough, you will be alone and far from your friends and family … [but] you will learn a lot.’