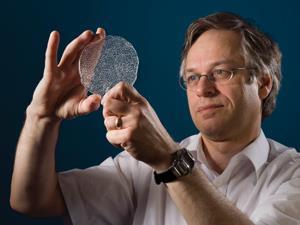 Towards the end of a natural sciences degree at the University of Cambridge, UK, Eric Wolff stood in front of a noticeboard reading and re-reading the notice that would define his career. ‘[It was] for a fixed term contract to do work on Antarctic ice, including going to the Antarctic. I read it several times and thought “That is for roughy-toughy types – not for me”,’ says Wolff. ‘But I had the qualifications, and it was so much more interesting than other jobs I was applying for.’ So Wolff applied. Since then, he has travelled to Antarctica six times and Greenland twice as a chemist with the British Antarctic Survey (BAS), and over 35 years later he still researches polar ice.

BAS has two stations within the Antarctic continent and more on the islands surrounding Antarctica. However, for Wolff’s first two trips he was out in the field. He and a colleague were flown to a remote part of the continent, where they lived in a tent while collecting snow and air samples. Antarctica is very beautiful, says Wolff, but not without its difficulties. ‘At the time I don’t always like it, but in retrospect it’s good fun.’

It’s not the cold, wind and snow that makes these trips hard, so much as the isolation. Each trip lasts for around three months, and when Wolff first went in 1980 the only communication they had with home was a 200 word telex each month. Today, technology makes working in the polar regions somewhat easier. ‘Now people have email all the time,’ says Wolff. ‘[But before it] was a completely different feeling of how remote you are and how self-reliant you are.’

Wolff’s first contract lasted six years, working on the long range transport of pollutants to Antarctica. When this ended, he spent eight months working at the Water Research Centre in Medmenham, UK, working on European chemical legislation. However, when a permanent job opening came up at BAS a few months later he went rushing back, and this time his research focused on climate. ‘I use ice cores that have been drilled out of the Antarctic ice sheet to understand how climate has changed over hundreds and thousands of years, right up to the present,’ he explains. 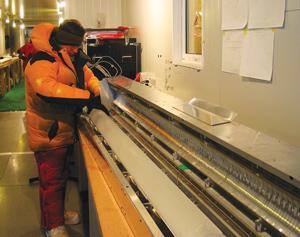 For the last 10–15 years, much of Wolff’s work has been with Epica (European project for ice coring in Antractica), for which he became the science leader. As part of that project, Wolff recovered the oldest ice core to date – containing 800,000 years of climate history – drilled from 3km thick ice in Antarctica. Air bubbles trapped in the ice contain information about the Earth’s past climate, such as the concentrations of carbon dioxide and methane. ‘From that we saw how you went into the sequence of ice ages and warm periods over the last 800,000 years,’ says Wolff. One of the key findings from this project was that at no other time in the last 800,000 years have carbon dioxide or methane concentrations in the atmosphere been as high as they are today.

From pole to prof.

In 1992, while working at BAS, Wolff was awarded a PhD from the University of Cambridge. ‘There is a system in Cambridge where graduates of the university can submit published papers without registering fully for a PhD,’ Wolff explains. Applicants submit publications that comprise a significant contribution to scholarship and take a viva. ‘For someone who wasn’t sure whether they wanted to do a PhD, that was quite an effective way of getting there in the end,’ explains Wolff. 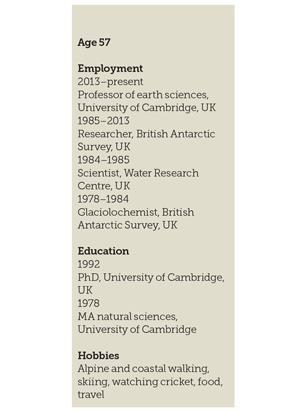 In June 2013, nearly 35 years after starting work at BAS, Wolff moved to become a professor of earth sciences at Cambridge. He was awarded a Royal Society research professorship, a scheme set up to support world-class scientists for a 10 year period, allowing them to focus on their research. This allowed Wolff to shed the multitude of administrative duties he had acquired as his career progressed at BAS.

‘BAS is a great place to work, but I thought it would be good for me to move into a new environment where I was surrounded by people who are working on the same problems as me,’ says Wolff. ‘In BAS there are lots of people working on the Antarctic but not many people looking at past climate. In my new job, not many people know anything about the Antarctic but lots of people work on past climate. Being based here will enhance what I do and I think we’ll do things together that we wouldn’t have managed to do apart.’ But he still works closely with BAS scientists, extracting vital information from polar ice cores about Earth’s past climate.