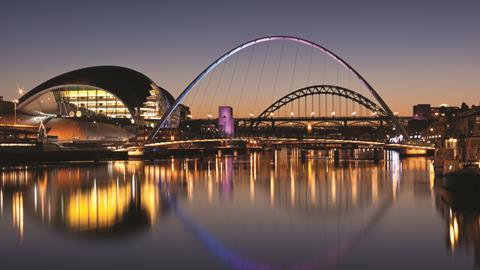 Just below Scotland, the north east is one of the nine regions of England spanning four counties with an overall area of around 8592 km2. Within this vast expanse there are three cities (Newcastle upon Tyne, Sunderland and Durham) and numerous towns, each no more than three hours from London by train.

Surrounded by rolling hills and a rugged coastline, the region has an especially rich industrial past with a thriving chemical legacy spanning over two hundred years. Alkali manufacture occurred in the region as early as 1807, and the first chemical works at Teesside (now the location of three interlinked science parks) was opened in 1833. The first incandescent light bulb was also demonstrated on Mosley Street in Newcastle in 1878 – a full year before Thomas Edison claimed the credit. 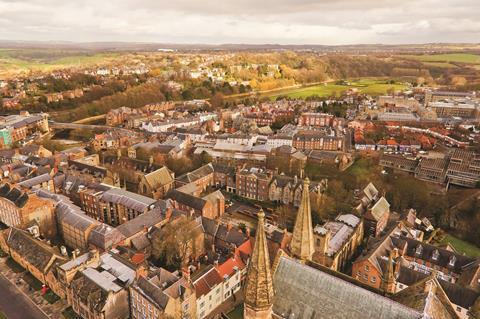 Back in the present, opportunities abound for the modern day chemist. The north east is home to a wide range of chemical industries and vast number of big-name companies, including GlaxoSmithKline, AkzoNobel and ThermoFisher Scientific. Along with these commercial giants, there is also a proliferation of smaller innovative chemical start-ups, most of which are supported by the North of England Process Industry Cluster (Nepic). Currently, 50% of the UK’s petrochemicals are produced by companies associated with Nepic, with the pharmaceuticals and fine and commodity chemicals also having a strong presence in the north of the region.

Unsurprisingly, given this strong chemical heritage there’s research aplenty. This area of the UK boasts five universities: Durham, Newcastle, Northumbria, Teesside and Sunderland. Of these, Durham is ranked 6th for chemistry in the UK and the rest have all bagged spots well within the top fifty.

Transport links are also relatively good, with trains leaving to London every half hour and most major cities accessible via the arterial motorways linked to the M1. And if sea travel floats your boat, the Port of Tyne offers a wide range of cruises and ferries to a variety of destinations in Europe.

The weather. With temperatures rarely exceeding 20oC in summer and plummeting to -0.5oC in the winter, the north east is one of the chillier regions in Britain. The annual average rainfall can exceed a soggy 1500mm close to the Pennine hills, with up to, 1000mm falling on the coast. And if you’re a fan of snow, this is the place for you – according to the UK Met Office, the north east receives approximately 20 days of snowfall a year.

Data collected by the Royal Society of Chemistry’s pay and reward survey indicates that the average median salary for chemists working in the north east is around £43,500, with entry level salaries typically hovering at £28,800 per annum. Happily, as is common in the north of England, the price of living is relatively low: renting a one-bedroom flat in Newcastle city centre will cost you just £590 per month, with other living costs amounting to around an extra £500.

What is there to do? 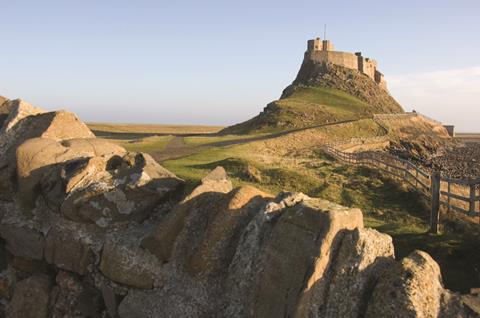 Lindisfarne is a treat for history lovers

The north east is a historian’s dream – the Roman fortifications of Hadrian’s Wall (constructed in AD 122) or the Norman Alnwick Castle (constructed in 1096) are both nearby. Other highlights include Lindisfarne Monastery, famously pillaged by the Vikings in 793 AD.

For sports enthusiasts, the coastline from Gare to Tynemouth is famous for world-class surfing opportunities such asincluding the award-winning surfers’ beach Longsands and Bamburgh beach, which has played host to the Red Bull Break Five team event.

For those less keen on the old and outdoors, there is a thriving stand-up comedy scene, with big names such as Lee Nelson and Paul Chowdhry performing regularly at venues such as The Stand Comedy Club in Newcastle.