Of castes and chemistry

From southern India to Northern Ireland, Geetha Srinivasan has been applying her research to solving real world problems, as Sarah Houlton finds out

Geetha Srinivasan has come a long way from the small town in Tamil Nadu, India, where she grew up with her grandparents and cousins, having lost her parents at a young age. After becoming the first in her family to study at university, she now works at Quill, the ionic liquids group at Queen’s University Belfast, UK, and last year was awarded a 2012 UK and Ireland L’Oréal Fellowship for Women in Science. 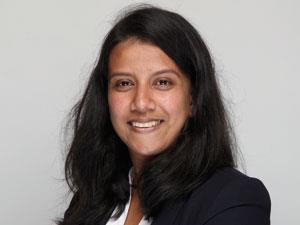 However, but for an accident of birth and India’s caste system, her story could have been quite different. As a young girl, she dreamed of studying medicine, but India’s post-independence policy of positive discrimination in favour of lower castes made this all but impossible: as a member of a ‘forward’ caste, she needed unfeasibly high exam scores for a medicine scholarship. So she turned to chemistry. ‘I’d always been interested in chemistry, and during my first degree quickly realised I’d made the right choice,’ she says. ‘I didn’t just stick to the syllabus, but did lab projects on the side.’

An interest in applied science led her to move to nearby Avinashilingam University – an institute dedicated to the education of women – where Srinivasan was determined to go into research, rather than follow the normal path into teaching. But as she started her MPhil, arrangements were made for her to marry her husband, moving her to Karaikudi where he and his family lived.

‘I was lucky that Karaikudi is home to the government-backed Central Electrochemical Research Institute (CECRI) laboratory,’ Srinivasan says. ‘I was even luckier that my husband’s parents encouraged me to continue with my studies. My mother-in-law had studied chemistry and insisted I did a PhD, even looking after my first child while I studied.’

Again, the caste system proved problematic for gaining financial support, so she started as a project fellow at CECRI, working on lithium batteries. ‘I got really interested in conducting polymers and approached one of the academics within the institute for a PhD position,’ she says. ‘He said he would pay my fees – he was from the same caste and understood the problems – but there was still no research fellowship support, as first you have to publish at least two papers in good journals. I worked hard for 18 months to get these publications, and eventually was awarded a senior research fellowship to finish my PhD.’

Srinivasan was then offered a postdoc position in Belfast. The application-oriented research carried out at the university–industry consortium Quill was exactly what Srinivasan wanted to do and so now it was her husband’s turn to move. ‘He had no hesitation in moving with me. He’s an electrical engineer and now has a job in Northern Ireland.’

The first ‘real world problem’ Srinivasan tackled was for Australian company Astron Advanced Materials. ‘I worked on the electrodeposition of metals such as zirconium, which is difficult to do at low temperature, and invented a process to carry it out at 25°C using ionic liquids.’ Two years later, she started a second postdoc at Quill, using ionic liquids to remove mercury from crude natural gas and condensates, working with Malaysian petrochemical company Petronas. ‘The technology was launched in November 2011, and has been running at Petronas since,’ she says. ‘I found the complexity of moving from lab-scale to ton-scale for commercialisation fascinating.’

Srinivasan is now looking for funding to start her own research career, applying her knowledge of conducting polymers to drug delivery. ‘I carried out proof-of-concept work on the side in the past couple of years,’ she says. ‘My biocompatible polymers could be used to make drug-loaded catheters, [releasing the drug] using a mild electrical current. It would be very safe, and could avoid some of the side-effects of oral antibiotics in treating [urinary tract infections].’

Srinivasan’s ambition has taken her far but she is keen to underline the support of her husband and his family. ‘He has taken care of the children while encouraging my career. I always remember what my mother-in-law told me when I started my PhD: my research is important, and as I had done so much to achieve what I have already, the family would always be there to support me. I have been given a golden opportunity, and I intend to make the most of it.’