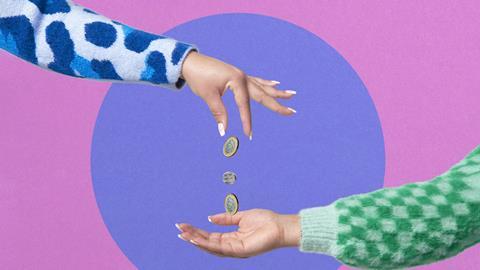 PhD students should be classed as employees

Just weeks before the start of the new academic year, UKRI announced that its minimum PhD stipend will increase to £17,668 from 1 October – a 10% increase on the originally announced amount of £16,062.

It’s a much needed uplift. Since October 2020, UKRI’s minimum stipend has left PhD students living on less than the take-home pay (net of income tax and national insurance (NI) contributions) of someone employed for 37.5 hours a week on the UK’s national living wage of £9.50. The new stipend initially increased PhD students’ yearly income to roughly £1100 more than the net income of their minimum wage-earning equivalent. But because PhD students do not pay income tax or NI on their stipends, this difference will be reduced by £75 when the NI rate decreases in November, with a further reduction to come when the income tax rate drops to 19% next April. Minimum wage and payment thresholds for income tax and NI are also likely to be increased in April, further closing the gap.

The work of campaign groups like PGRs Against Low Pay, whose activism put pressure on UKRI to revise stipend levels, is not over yet. While many other funders and universities in the UK match UKRI levels in their own awards, at the time of writing some have still not said whether they will match this increase.

In Ireland, postgraduate researchers have been protesting their low stipends. While the government has not responded directly, the 2023 budget announced an increase to the stipends of PhD students funded by Science Foundation Ireland and the Irish Research Council. However, the increase is just €500 – not even enough to increase stipends to the equivalent of minimum wage. Furthermore, the increase applies to less than half of PhD students in Ireland.

Postgraduate researchers in Canada are also petitioning government for increased pay. But higher pay is just the first step to wider improvements needed in the support available to PhD students. Many campaign groups would like to see PhD students reclassified as employees of their institutions, which would automatically confer more employment rights. While some (notably the UK’s Russell Group of universities) object that this would alter the character of the PhD experience, it’s a system that predominates in countries including Germany, the Netherlands and Sweden – places often lauded for the support available to their PhD students.

The purpose of a PhD is to produce new knowledge, not simply to absorb it. The research produced by PhD students is used to attract grants and to raise the reputation of their institutions. Yes, PhD students are trainees, but that doesn’t mean they can’t be employees too – many jobs feature aspects of training or learning.

Arguably, rights such as minimum wage, parental leave and sick pay should be offered to PhD students anyway. But classing PhD students as employees isn’t just about giving them a set of legal entitlements and protections, it also signals that the research community values their work. Science has long benefited from the labour of PhD students – now it’s time for the rewards they receive to reflect that.