Picturing the past with mass spec

During her undergraduate geography degree, Angela Lamb attended lectures on topics spanning from moral philosophy and social anthropology to the Earth sciences. But as her degree progressed she found herself more and more drawn to the science side of the subject, and in her final year Lamb specialised in the reconstruction of past climate – palaeoclimatology. 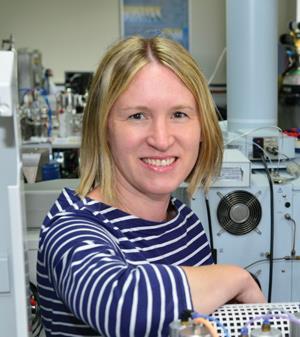 Having found her niche, Lamb then moved to the University of Wales, Aberystwyth, to study for a geochemistry PhD, reconstructing climate changes using lake sediments. Using isotope ratio mass spectrometry, she analysed oxygen and carbon isotopes in calcite crystals preserved in sediment cores extracted from the Tilo and Awassa lakes in the Ethiopian Rift Valley. The variations Lamb observed in 13C:12C and 18O:16O ratios at different depths reflect changes in precipitation:evaporation ratios and lake productivity over the last 10,000 years.

Lamb then took up an Earth sciences lectureship at Liverpool John Moores University for five years, where she continued her palaeoclimatology research.

Throughout these roles, Lamb regularly visited the British Geological Survey’s isotope geosciences laboratory to carry out her analyses. So when a position to work full time in that lab became available 10 years ago, Lamb jumped at the chance and has been there ever since.

This lab is funded by the National Environment Research Council (NERC) and is one of the largest facilities in Europe for studying naturally occurring isotopes. The facility has around 20 isotope specialists who support and train PhD students, post-docs and academics in a wide range of isotopic analysis techniques, as well as carrying out research as part of collaborative projects.

Here, Lamb continued her research on lake sediments and past climate, but in 2007 she switched to archaeology. Specifically, she started looking at the diets and geographical movements of ancient humans and animals, by examining their skeletons.  ‘I’m still using isotope techniques but it’s a completely different field so it was quite an interesting transition,’ Lamb explains. 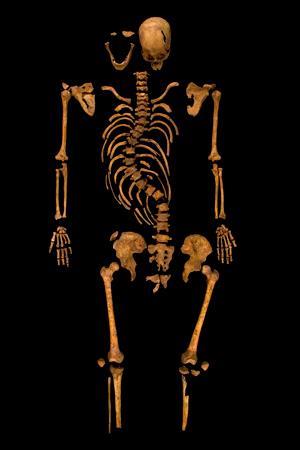 Recently, Lamb also worked on a more modern specimen: the skeleton of Richard III, who died in battle in 1485, but whose burial site had since been lost. In September 2012, a team from the University of Leicester uncovered the king’s remains under a council car park in their city. After a battery of tests confirmed the skeleton’s identity and determined the cause of death, a colleague of Lamb’s contacted the University of Leicester team to offer the British Geological Survey’s isotope analysis expertise.

‘By looking at the oxygen and strontium isotopes in his bones and teeth we were able to look at his movement through his life,’ explains Lamb. The isotope ratios will vary depending on the composition of the drinking water a person consumes and the geology of the rocks in their environment, for example. ‘We then looked at the dietary isotopes, carbon and nitrogen, to look at diet changes throughout his life.’ The team probed a pre-molar tooth, a femur and a rib bone. These all regenerate at different rates giving a picture across Richard III’s lifetime. One of the most important findings from Lamb’s analysis were the marked changes in diet when Richard became king in 1483 – he began eating more freshwater fish and birds such as swans, and drinking more wine.

Lamb is currently contributing to a large international project examining how humans have transported chickens over time – from their native South East Asia across the globe. Lamb’s collaborators include geneticists and archaeologists, and her role is assessing the isotopic makeup of the bones of ancient chicken skeletons of various ages. ‘We are tracking changes in diet for chickens through time and linking that to changes in the diet and behaviour of humans,’ says Lamb. ‘This will hopefully allow us to gain an understanding of how and when the chicken became domesticated, something we know surprisingly little about.’

‘The beauty of my role is I get to work on lots of different projects,’ she adds. ‘A huge variety of things come into the lab and so it’s quite different from working as an academic in a university where you typically have a narrow specialist field.’ And it’s not just the projects that are constantly changing, but also the people the lab collaborates with. ‘It never gets boring and no two days are ever the same.’