Rallying to the chemical safety cause 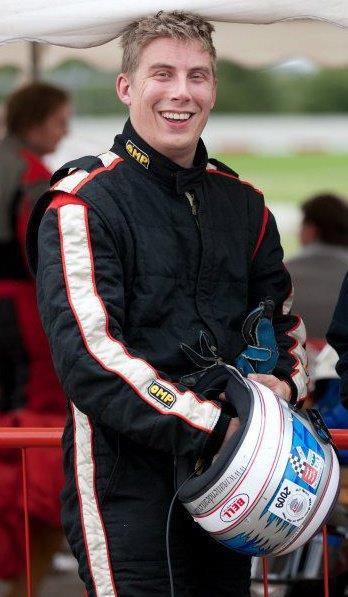 When not working on chemical safety, Matt Endean is a keen rally driver

In September 2016, a practical using 2,4-dinitrophenylhydrazine made a return to the A-level curriculum – with unexpectedly dramatic consequences. Dried-out containers of the reagent were soon being unearthed in school chemical stores. Safe when damp, once dry this chemical has the potential to explode. By Christmas that year, the bomb squad had been called out to blow up containers at nearly 600 UK schools. This mammoth endeavour was coordinated by Cleapss, the UK’s science education advisory service. ‘It was a very exciting, but also quite a stressful, period of time,’ explains Matt Endean, the Cleapss deputy director.

Two years later, safety in school laboratories was back in the news. It transpired that some ‘heatproof gauzes that had been sold to schools [for use with Bunsen burners] had asbestos in them’, Endean says. With no information available on how far back this issue went, ‘we had to oversee the bagging up and safe disposal of every gauze in every school in the country’.

Endean is an ex-teacher who graduated with a combined degree in chemistry and secondary education from the University of Exeter, UK, in 2001. He then took up a science teacher post at an inner London girls’ school. After a couple of years, he was promoted to acting head of department and found that he relished leadership. In 2005, he left the classroom – becoming a science advisor for a local authority. ‘It was a new challenge and a chance to influence and work at a higher level,’ he says. In this role, he supported science teachers and heads of department at 17 secondary schools.

In 2011, Endean joined Cleapss as its assistant director and was promoted to his current position four years later. Cleapss is a membership organisation that provides advice to 98% of schools and colleges in England, Wales and Northern Ireland, and around 700 overseas schools. Its overarching goal is to ‘provide support and guidance to teachers and technicians in schools on how to do safe and effective practical work,’ Endean explains.

Emergency support is a vital part of what Cleapss does. Nationwide issues, such as explosive reagents and contaminated gauzes, are thankfully rare, with calls and emails to its helpline normally much simpler to deal with. ‘A recent one we had was a child who had decided to lick a copper sulfate crystal!’ Endean says. The helpline also supports schools with other challenges such as misbehaving experiments and issues sourcing chemicals.

The Cleapss website provides further resources, including model chemical risk assessments and step-by-step experiment guides for teachers. All these experiments have been tested by Endean and his colleagues in their lab at Brunel University London. In normal times, the team runs about 200 hands-on safety-focused courses a year for school science technicians and teachers.

Endean also sits on chemical industry committees and panels that write and update chemical safety regulations and guidance. Chemical rules tend not to ‘consider education or just give us lip service,’ he explains. With his presence, safety in schools gets a seat at the table. One current committee Endean serves on is looking to redesign the Bunsen burner to accommodate the planned blending of hydrogen into piped natural gas supplies. A complete switch to hydrogen gas is also being planned for, he adds. 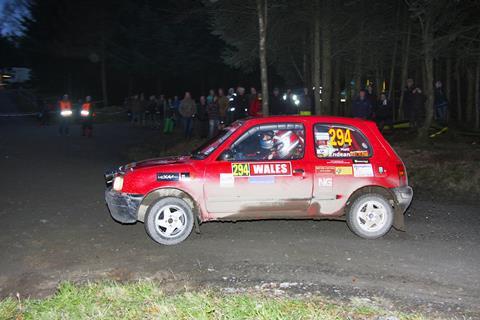 There are parallels between rally driving and school lab experiments

One silver lining of the disruption caused by the pandemic to school practicals, explains Endean, is that schools have been reflecting on their standard experiment choices. These had remained largely unchanged for decades. Microscale experiments in particular have grown in popularity during the pandemic. Scaling experiments down from a beaker of reagents to a few drops on a laminated plastic sheet has obvious advantages with social distancing requirements. But Cleapss has been developing and promoting these for a number of years now – as safer but also greener and (typically) faster alternatives to traditional experiments.

Outside of work, Endean applies his chemical safety knowledge to motorsport safety. ‘I sit on a number of Motorsport UK committees,’ he says. ‘When updating or writing regulations, whether that’s motorsport regulations or gas regulations, the language and the skill-set required are almost identical,’ he explains. Endean grew up in a family of car enthusiasts, and he and his wife are regular rally car competitors in their Nissan Micra, MG ZR and VW Golf.

Rally driving ‘is a safe sport, although it does have a danger to it, which is what makes it exciting’, he says. Rules and regulations manage this risk. The same is true in the school science laboratory, he adds. ‘Every time a practical is done there is a risk associated with it – it’s always going to be more risky than reading a textbook. Our job at Cleapss is to minimise those risks as much as possible by developing safe and effective practicals.’