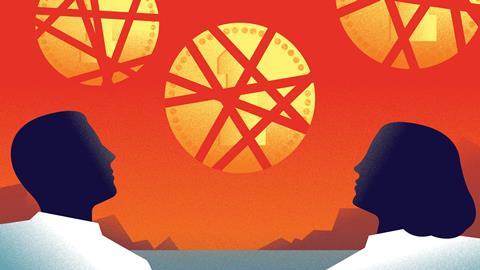 When I attended my first international conference, I was a PhD student. Two months before it started, I’d already paid nearly £1000 out of my own pocket for conference fees, hotels and flights. At the conference, I also had to cover the cost of transport, food and drink. I was reimbursed for the conference fees shortly after paying them, but I had to wait until after I’d returned from the trip to get the rest of my money back. I was fortunate; I could afford it.

By the time I attended my second international conference, I’d left academia for a job in publishing. My employer paid directly for my fees, flights and accommodation. And although I still paid and then reclaimed my at-conference costs, that was my choice – my employer would have supplied me with cash to cover those expenses if I had wanted it. After all, the reasoning went, I was travelling on work business so I should not be left out of pocket.

It’s difficult to justify why such a disparity exists. It’s not that funders and institutions don’t think that conference trips are worth paying for – after all, they cover the costs eventually. (Or at least most of them – if researchers go into debt to travel, the resulting interest payments or overdraft fees incurred are rarely, if ever, reimbursed.) And with more academic institutions implementing schemes that cover at least some upfront costs, arguments that delayed repayment is necessary don’t hold much weight.

For example, institutions including the University of California, US have travel portals through which transport and accommodation can be booked and charged to the university directly. Others like the University of St Andrews, UK, allow students to claim an advance to cover large expenses before travelling. In fact, I’ve heard anecdotally that many institutions will give travel advances even if their travel policy doesn’t officially say so. But if a resource is available it should be advertised to all, not restricted to those who know how to navigate the system. This is especially important because many of those who struggle financially are underrepresented in academia in other ways as well, and so may not feel secure enough to be comfortable asking for things that are outside of normal policy. Some people may even avoid conferences entirely, thinking that they cannot afford the costs.

Even where cash advances are given, the overall process of reimbursement needs to be made more efficient. Until a claim has been approved, there’s always the worry that an item may fall foul of reimbursement red tape – perhaps because a receipt is deemed to lack sufficient detail, or because a claim was submitted at the wrong time. If paying for that item involves strict budgeting or going into debt, then researchers will struggle to fully concentrate on their work until such measures are confirmed to be unnecessary.

High private sector salaries are often justified by the belief that to retain top talent, you need to pay them top salaries. As Dinsa Sachan explores for Chemistry World, many early-career researchers are already struggling with day-to-day expenses – and this, unsurprisingly, is a factor in their decision to leave academia. While it would be nice to raise salaries across the board, this cannot be done without increasing budgets or making cuts elsewhere. But ending reimbursement culture doesn’t require more money – it just involves paying it out sooner. If funders and institutions can’t even manage that, then they don’t deserve to retain the talented researchers on whose work they build their reputation.