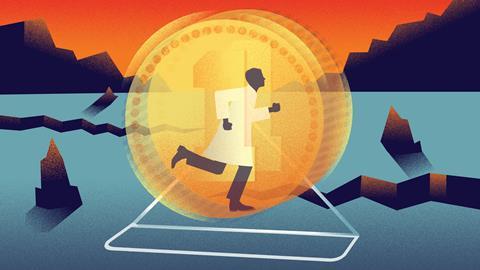 PhD students and postdocs are struggling to make ends meet

On paper, Madelyn Ray had a fully funded PhD, supported by a teaching assistantship from her institute. Ray’s supervisor also topped up her stipend with little cheques from his research grant. Yet graduate school was still a hustle for the neuroscientist as she struggled to make ends meet in super-expensive Boston, US. ‘It was another level of stress,’ says Ray. ‘Already you’re putting yourself under all of this pressure to get this doctorate degree, to run your experiments, to get results that work, to publish, to teach. Then to add on to that, you’re worried about affording food and housing; it’s something that I feel you shouldn’t have to worry about.’

Ray picked up odd jobs, such as nannying and online secretary work, to supplement her earnings. ‘Everyone in my lab had a second job,’ she says, referring to her fellow graduate students. ‘Typically, people were finding jobs … working at clubs and bars, things that were late night and on weekends so that it wouldn’t interfere with their lab schedule.’

Frustrated, graduate student unions are fiercely protesting across US campuses to demand more benefits for their members. But the problem is even more widespread. Around the world, many early-career researchers like Ray enthusiastically set off to solve intriguing research problems but are finding it hard to sustain themselves in academia.

The plight of young researchers

While chemistry doctorates are generally well-funded in the US compared to other scientific streams, the American Chemical Society’s Graduate Student Survey in 2019 reported that just 62.3% of graduate students were satisfied with their financial aid – down from 69.1% in 2013. Underrepresented minorities particularly struggle. A 2021 study in The Journal of Chemical Education found that graduate students from these groups were more likely to face a funding crunch in the advanced stages of their degree and were more likely to take out loans or solicit financial assistance from family. Data collected by the US National Science Foundation in 2020 shows that 15.4% of graduate students in the physical and earth sciences had debt (that percentage was even higher in life sciences and non-Stem fields), and 38% of graduate students surveyed at the University of Arizona had contemplated leaving their programme because of financial problems.

The crisis isn’t confined to the US. Debt was among the main reasons for the stress of over 50% of African participants in a 2019 Nature survey of PhD students. Over in India, it’s not uncommon for students to support their PhD by joining a project funded by a researcher’s grant. Most of these projects run for three years, says Anindita Bhadra, a behavioural biologist at the Indian Institute of Science Education and Research Kolkata, and don’t cover a student’s entire doctoral stint. Bhadra faced this situation recently with a PhD student on one of her projects. Fortunately, her institute stepped up to support him until he completes his thesis. ‘I know that there are many more such cases … not every institute will be so friendly to pitch in,’ says Bhadra.

Direct fellowships from national agencies such as the Department of Biotechnology and the Council for Scientific and Industrial Research are also commonly used to fund PhD students in India. But even that system is flawed. ‘[It] has become a recurring issue that students on paper have their fellowships, [but] the process of actually receiving the funding is always delayed, and there are huge delays in getting scholarships,’ says Bhadra. ‘Three months, four months, people are working without pay.’

The financial hardship of Indian PhDs could be tied to a larger administrative issue in the country. Earlier this year, a survey by TheLifeofScience.com, an Indian science media platform, revealed that scientists across a variety of career stages, including principal investigators and junior research fellows, have experienced inordinate delays in receiving payments and project grants. 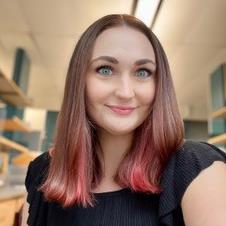 Things don’t improve much at the postdoctoral stage. In the US, the National Institutes of Health (NIH) annually revise their salary standards for certain postdoctoral grants and fellowships. But even NIH baselines may not be good enough for those like Ray, currently a postdoctoral research fellow at the Boston University School of Medicine, who live in bigger cities.

Ray is funded by an NIH National Research Service Award (NRSA) T32 training grant. She makes $53,760 (£42,800), in agreement with the NIH’s current standards for a first-year postdoc. ‘This number is set across the board, no matter where you live,’ says Ray. ‘My salary is the exact same as some friends of mine who live in different cities with a much lower cost of living. One of them owns a house. The other one has a brand new car and lives in a two-bedroom apartment by themself. Living in Boston, that is not feasible.’

Moreover, Covid-19 exacerbated job insecurity for young academics, as many universities put hiring on hold. A 2020 global survey of postdocs by Nature showed that almost 61% feared that the pandemic had reduced their chances of advancing in their careers. ‘When faculty hiring is slow, often due to economic downturns, fewer postdocs will move from their positions into faculty roles. That backlog then creates fewer postdoctoral positions for graduate students to move into. So, you see, the whole system gets a bit backed up,’ says Travis York, director of inclusive Stemm ecosystems for equity and diversity at the American Association for the Advancement of Science.

Fátima Sancheznieto, president of the non-profit advocacy organisation Future of Research and an assistant researcher at the University of Wisconsin’s UW Institute for Clinical and Translational Research, blames academic culture for the problem. ‘The mindset is: we’re paying them less because we’re also training them to become researchers,’ says Sancheznieto. ‘But the reality is that they’re doing a lot of labour. The university depends on that labour for the grants that they get.’

Fortunately, institutions are now stepping up to salvage the situation. Princeton University recently markedly hiked PhD salaries to around $40,000 in many disciplines. But university officials say that raising PhD stipends is challenging. ‘That just comes down to dollars,’ says Brenton DeBoef, a professor of chemistry and dean of the graduate school at the University of Rhode Island in the US. ‘There’s a fixed amount of money. So, we could support students at a higher level, and I want to. I really do. But that does also mean that we would have less graduate students, too.’ Still, DeBoef is trying to do both. He has just received $500,000 in endowment money and is also pushing the university to raise the budget for graduate education. At least all students and postdocs at his university receive health insurance.

Policymakers, for their part, have made some effort to address the financial problems of early-career researchers. For example, since last year the NIH has started to reimburse childcare expenses to the recipients of NRSA awards. Through another programme the agency also pays back up to $50,000 per year of student debt for many early-career scientists working in the biomedical field.

Yet as far as postdoc salaries go, Ray insists that institutes need to step up. ‘Having universities come in and start supplementing pay is the quickest way to start changing this,’ she says. ‘And then from there moving on, to try and get change at the NIH and the national level, which is where the change really needs to happen.’

Institutions also need to be more transparent about the options available to postdocs. Ray wasn’t aware she could negotiate her salary when she signed her contract, but claims that another postdoc in her training programme did successfully negotiate for a pay increase. Sancheznieto negotiated her postdoc salary a few years ago, but says students don’t often feel empowered enough to negotiate, or they may not know if negotiation is possible. ‘Sometimes you’ve got international postdocs whose visa depends on their status working in the lab, so they don’t feel like they have leverage over their supervisor to make those requests,’ she adds.

In search of better pastures

Financial hardship in early-career days is deterring many researchers from persevering with a scientific career. About a fifth of early-career scientists who participated in an Australian survey had thought about quitting academia in the last five years. Uncertainty about keeping a job and funding crunches were two of the biggest reasons for many participants to consider exiting their roles. Another survey found that the funding crisis triggered by the pandemic forced at least two out of five researchers in the initial stages of their careers to contemplate ending their stints in research.

Bhadra is starting to see the trend unfold in India. ‘I know students have gone into banking because there’s regular pay, because they have to support a family. Good students who do well in interviews and exams, they are the ones who are going to leave faster, unfortunately,’ she says.

Meanwhile in Boston, Ray is set to quit academia when her postdoc contract ends next year and explore industry options. ‘I would have loved to continue in academia and have my own research lab. I would have really enjoyed that. I could have been really good at that,’ she says. ‘But unfortunately, the decision for me really came down to salary,’ says Ray, adding that she did not find it helpful to spend another four or five years as a postdoc. DeBoef agrees that scientists spend way too long in postdoctoral limbo. ‘That’s really true in biology. And we’re starting to see it in chemistry,’ he says, adding that it delays postdocs’ retirement savings and reduces their lifetime earnings.

As young researchers exit institutional settings, academia loses more than just talent. ‘People always say “we want academia to be more diverse”. Well, the way to increase diversity is to retain researchers at an earlier level,’ says Ray. ‘And to keep these people in academia, you need to pay them an appropriate salary so that they can afford to stay in academia. Because right now, people can’t, and that’s a major reason that people are leaving.’

The Chemists’ Community Fund exists to support RSC members and their families during challenging times, offering support and guidance to members and also financial assistance in some cases of financial hardship. If you are an RSC member and are studying chemistry, completing vocational training or working as an apprentice in the chemical sciences, and are struggling to meet your everyday living costs or a one-off unexpected cost, then please do get in touch. Find out more at rsc.li/chemists-community-fund or email ccfund@rsc.org