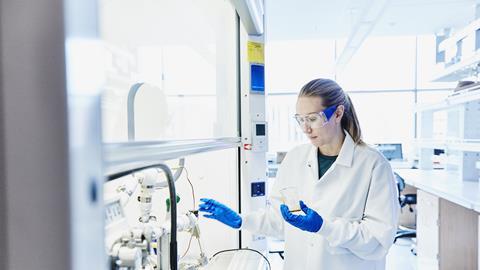 Results of the RSC’s 2021 Pay and Reward survey

Despite the disruption caused by Covid-19 and Brexit, most chemists remain positive about their prospects

Nearly 4300 members of the Royal Society of Chemistry (RSC) participated in the 2021 Pay and Reward survey. The results show that while the Covid-19 pandemic and Brexit have impacted the work of the majority of chemists, often in negative ways, job security remains good across the sector. However, there are indications of persistent pay inequalities between demographic groups.

85% of employed respondents (including those on a career break, in part-time work or semi-retired) said the pandemic has affected their working life, and for most chemists this has meant more work. An increase in workload was reported by 44% of respondents with those working in schools and further education colleges particularly likely to be affected, with 66% reporting an increase in workload. 28% of survey respondents say their working hours have increased.

Despite the disruption, 70% of respondents feel secure in their current job – an increase from 65% in 2019. 88% are with the same employer as 12 months ago, and 77% still work in the same role. Just 5% of UK-based respondents reported being placed on furlough or receiving government support to keep their job during the pandemic. By comparison, the 2021 New Scientist Jobs Stem survey, which questioned 2400 people working across all fields of science, found that 10% of its UK-based respondents had been placed on furlough. While not explicitly linked to the pandemic by the RSC report, 67% of this year’s respondents say that their employer permits remote or home working, up from just 46% in 2019.

That said, 47% of chemists indicated a desire to change something about their employment status in the next 12 months, although nearly half of them intend to find a new role with their current employer. Concerningly, 65% of those who want to move employer say this is motivated at least in part by a poor working environment, poor management or bullying.

But while employment in chemistry has remained fairly stable, students have faced more challenges. Part-time or casual jobs, particularly in retail and hospitality, have been harder to come by during the pandemic; 97% of recipients of the RSC’s Chemists’ Community Fund hardship grants in 2020 were students. And the proportion of students concerned about the pandemic’s effect on their ability to maintain or develop their specialist skills was the highest of any group.

Half of respondents reported that their work was affected by Brexit; this increases to 70% of UK-based and 57% of Europe-based respondents.

For respondents in the UK and Europe, the top three impacts were delayed equipment deliveries, an increased difficulty in working with people based in other European countries, and an increase in workload. In the UK, academic institutions have been most strongly affected, with 86% of chemists employed in that sector reporting that Brexit has affected their work in some way. Central government, research centres, pharmaceuticals and biotechnologies round off the sectors most impacted by Brexit, with 73% of respondents from each reporting impacts.

The median salary reported by respondents is £46,700, 3.8% higher than the median reported the last time the survey was carried out in 2019 – an increase roughly in line with UK inflation (for UK-based chemists, who made up 76% of the respondents, the median is £46,000). Across all sectors, the highest-earning job type is general management, with a median salary of £82,000; at the other end of the scale, the median earned by technicians is £26,500. All job sectors show non-significant salary increases over values reported in 2019, although breaking down sectors by field shows there has been a large increase in salary median of those working in universities in this time, from £40,800 to £46,100 (an increase of 13%). The source of this increase is not clear; over the same period, the UK’s higher education pay spine (adopted by the majority of universities in the UK) showed an average increase across pay grades of around 2%.

Significant salary inequalities can be seen when looking at the data for different demographic groups. Women in full-time employment earn 78% what their male counterparts earn (£40,000 v. £51,000), for example. This is the smallest gender pay gap since the RSC started recording such data in 1980, but has remained unchanged since the previous survey in 2019. The gap is slightly smaller than that seen in the US, where according to the recent salary survey by the American Chemical Society (ACS) women earn just 75% as much as men.

The ACS member survey also looked at racial and ethnicity salary differences. Again, white respondents earn the highest median salary, with other medians ranging from 94% of this value for Asian respondents, to 79% for mixed respondents.

In the RSC survey, demographic differences are also reflected in responses to the statement ‘there are equal opportunities for all where I work’. Women, LGBT+ people, UK-based minority ethnic and disabled respondents were all less likely to agree with this statement than other respondents. Similarly, LGBT+, disabled people and minority ethnic groups were less likely than other groups to say that they feel able to be themselves at work.

Royal Society of Chemistry membership manager Hilary White says: ‘We are working to break down barriers that chemists from underrepresented groups often face in developing and progressing their careers – that affects recognition as well as individual experiences of the workplace and people’s sense of belonging in the chemical sciences.

‘If we want to make a real, lasting difference, it’s really important to have an evidence-based approach to inclusion and diversity, and this year’s Pay and Reward research reinforces our other findings.

‘Putting that data to the best use then supports our work to both informing and directly supporting our community to act towards removing inequalities – we do that in a number of ways, through sharing our findings, providing grants and sources of funding to remove barriers to skills development, as well as offering careers services and support and sharing important resources like our LGBT+ toolkit with the wider community.’

The RSC’s predecessor, the Royal Institute of Chemistry, performed its first salary survey in 1919, and the RSC now asks members about their salary, benefits and work environment every two years. The full archive of reports – including the 2021 results – is available to members at chemistryworld.com/members/pay-and-reward