So, your colleague said something racist...

Congratulations. Your eminent professor has been invited to reflect on their illustrious career in a TV interview. Unfortunately, they’ve decided to use the opportunity to air their unsupported, insupportable ideas on gender, race or sexuality. What do you do? 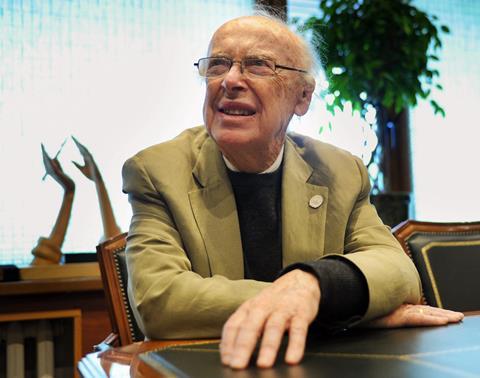 This was the scenario faced by Cold Spring Harbor Laboratory in the US earlier this year, when its one-time director and Nobel laureate James Watson decided to share his thoughts on people of colour. The organisation subsequently stripped Watson of his honorary titles and publicly distanced itself from his comments. This isn’t the first time Watson has been chastised for his views – CSHL previously removed him from administrative duties in 2007 – and you can bet no one at CSHL is thanking him for the repeat performance.

Of course, Watson speaks for no one but himself. No longer active in research, he is an increasingly isolated figure. But it’s still worth asking questions. Has Watson’s status as a Nobel laureate meant that such views have been overlooked and ignored? And how many peoples’ careers have been impacted by such opinions, with promising candidates overlooked or excluded because of the colour of their skin? Another tricky question is what you would do if it were your supervisor. Speak up? Challenge the behaviour? Or just suffer in silence? Some people will always insist that if you’re not willing to expose the bad seeds, at any cost, you’re as bad as they are. Personally, I think this is too harsh. Consider how a postdoc could challenge an eminent professor. Just speaking up would be an astonishing act of bravery. There are actions you can take (reporting things, talking to others), but ultimately there is only so much anyone can do without imperiling their own career.

Watson’s ilk invariably try to paint themselves as free thinkers. They’re not. But when they are rightly condemned, spare a thought for their colleagues. They don’t hold those views – they’re just the ones who have had to put up with them.

The title of this article was changed on 23 January 2019. James Watson has never been convicted of racism.