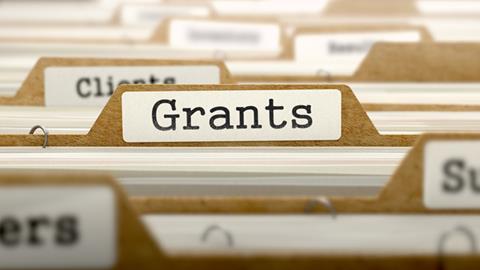 There is no evidence of race or gender bias in the initial peer review of research grant proposals submitted to the US National Institutes of Health (NIH), according to a new analysis from a team at the University of Wisconsin–Madison.1 The overall impact scores of white male principal investigators (PIs) applying for grants were not significantly different to those of female or ethnic minority PIs. This pattern held true regardless of grant proposal quality or scientific topic area.

The Wisconsin researchers chose 48 grant proposals that were sent to the NIH, half of which received funding, and they removed all of the identifying information. Next, the team reproduced each study four times with fake names, as well as information implying the applicant was a white man, white woman, black man or black woman. More than 400 scientists were recruited as peer reviewers for these grant applications. The team did not collect their demographic information.

‘We have captured the part of the review process where reviewers are taking the most time and paying the most attention,’ said study co-author William Cox. ‘So, it may be the area where we would least expect bias to appear.’

The study, which took five years to complete, showed that for more than 97% of the time there was no significant discrepancy in the treatment of applicants based on race or gender. In addition to finding no real disparity between the impact scores of the grant proposals, the researchers also determined that there was no difference in the language used by the reviewers to describe these grant applications. That was somewhat surprising, considering past research has indicated that the written critiques evaluating female PIs include language that is more positive despite similar scores to their male counterparts.2

‘I would commend the investigators on zeroing in on using key words that describe the reviewers’ assessments of the research, as such words indeed matter,’ says Marcia McNutt, president of the US National Academy of Sciences. She says that her experience sorting through large numbers of fellowship applications has revealed frequent instances in which reviewers evaluating a female candidate seemed to support her but use descriptive words that are either apologetic or irrelevant. McNutt suggests that the same factors are likely at work in grant applications.

‘When assessing a grant, it is difficult to separate the proposed research from the qualifications of the proposer,’ she tells Chemistry World. ‘If one does not think that the proposer is insightful or innovative, it is hard to assign those qualities to the work being proposed.’

‘Our conclusion of little to no bias in initial reviews does not imply that bias is absent from all other stages of the granting process,’ the researchers noted. ‘Before the NIH even receives a grant proposal, the preparation of proposals requires a great deal of mentorship and institutional support.’

Cristobal Salinas, an assistant professor in Florida Atlantic University’s educational leadership and research methodology department, agrees. ‘It is not about name or sex, it is a systemic problem with the review process – it is the process that leads up to the research grant application that is submitted to the NIH,’ he states. ‘Just changing the identifiers on a grant proposal doesn’t mean that racism or sexism doesn’t exist in the peer review process.’