Futuretrack has followed thousands of students on their path through university and beyond. Kate Purcell talks Emma Davies through the latest data on careers and job satisfaction

It’s no secret that graduates today face a difficult journey to employment, coupled with soaring debts. Now, the latest instalment of a major survey following thousands of UK students through university and beyond confirms that securing a satisfying graduate career is far harder than it was even a decade ago.

Run by a small team from the Warwick Institute for Employment Research, the Futuretrack study has just finished following a cohort of students all the way from the excitement of applying for a degree through to the reality of life post graduation. 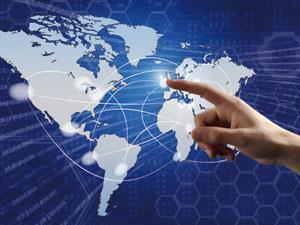 The survey started five years ago by tracking ‘virtually the entire population’ of applicants (some 121,000) to full time undergraduate courses in 2005–2006. Since then, this cohort has been contacted to answer detailed questionnaires four times, with the most recent survey taken in 2011.

Looking at these latest data, the challenges of employment in a lengthy recession are particularly apparent. In the late 1990s, surveyed students ‘painted a rosy picture’ of the graduate labour market, says the team’s new report, where ‘graduate unemployment was virtually non-existent’. 10 years on, the contrast is stark: ‘We have seen a change towards a higher proportion of graduates ending up in non-graduate jobs and an increase in graduate unemployment, a finding which is hardly surprising given that the Futuretrack cohort of graduates has entered a labour market in recession,’ says Kate Purcell, who led the project.

Of the 20,000 who participated in the final stage of the survey, 86% had completed their degree and the data on these graduates show that those with good degrees and those with no debts are more likely to have landed their ideal job. But when it comes to getting that job, some respondents feel that employers place greater emphasis on the class of degree than on the subject, the skills developed, or the awarding institution. In fact, several respondents, particularly those who had studied STEM (science, technology, engineering, and mathematics) subjects and those from the ‘highest tariff’ institutes, wished they had chosen a different subject or university in order to achieve a higher grade.

Faced with the reality of the job market, students are also less confident their degree helps their employability. In the previous survey, taken in 2009–2010, 86% of the physical sciences students (a subset of the STEM subjects group) had thought their subject would be advantageous in the labour market. Yet, looking back after graduation, now only 65% feel the same way. For Purcell, these figures highlight the ‘delicate state of the graduate labour market’.

But amidst the gloom, there are glimmers of hope for STEM graduates, who rank highly in job satisfaction. ‘STEM graduates are more likely to have graduate jobs, and more likely to be happy with the way their career is going and satisfied with the job that they have,’ says Purcell. They are also the group most likely to report finding ‘exactly the type of work I wanted’. In comparison, non-STEM graduates were less satisfied with their employment, with higher numbers indicating the job they did was a short term option or simply ‘better than being unemployed’.

Almost half of chemistry graduates are in ‘expert’ jobs

Looking at physical science graduates, over 40% of those who have entered the labour market report feeling ‘very satisfied’ with their current job. Yet this is countered by the fact that almost a quarter of physical sciences graduates were working in non-graduate jobs at the time of the survey – a figure similar to that for language graduates – compared with 13% of engineering and technologies graduates.

Although Futuretrack does not single out chemists, the data do reveal that almost half of chemistry graduates surveyed are in ‘expert’ jobs (a figure greater than maths and biology but exceeded by engineering) with 20% in non-graduate jobs, and almost as many again unemployed or doing unpaid work.

At the end of the survey comes perhaps the most telling question: ‘With hindsight, if starting again, would you choose the same undergraduate course?’ Ranked by subject, physical sciences graduates come somewhere in the middle – 66% saying they would definitely or probably do the same course again – with medicine graduates topping the list.

Physical sciences also appear to have retained students for longer. Perhaps unsurprisingly, at the last count, they had the highest proportions (28%) of graduates still in full-time study.

Of most value, however, are the data on respondents at the core of the survey who have completed every set of questions. These data are crying out for further analysis and there is much that can be done, says Purcell. ‘We need more resources … there is tremendous research value within the Futuretrack datasets which is yet to be tapped.’