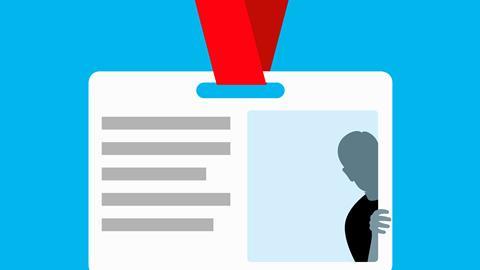 Succeeding at a job interview can feel like having to pretend to be someone you’re not: someone more professional, more dedicated to work, more personable. But the Ask a Manager blog recently shared a story that suggested someone had taken that feeling too literally. A man called John had just started his first day of a new job, having been hired after a series of remote interviews. However, his team leader was suspicious. John didn’t look or act quite the same as he remembered, and also didn’t seem to remember conversations that they’d previously had. Was this John in fact a different person?

Lying during a job interview is generally a bad idea, even if you’re not going to the extreme of getting someone else to pretend to be you. But it can sometimes be difficult – or even inadvisable – to tell the whole truth about yourself. The UK is one of many countries that has laws preventing interviewers asking questions about disability, pregnancy, religion and other protected characteristics. Of course there’s nothing to stop you offering up this information to your interviewers, but you might hesitate to do so knowing that those characteristics have been used to discriminate against jobseekers. If that characteristic is something that’s an integral part of your identity, concealing it can be highly uncomfortable, and the effort to avoid mentioning it may affect your performance even on unrelated questions.

Ideally, everyone would feel like they could be themselves during an interview. Without that, we can’t have true equity of opportunity, especially because people from marginalised or minority groups are those most likely to be under the additional mental load required to carefully select their answers. But while the only way to truly fix the problem is to have completely unbiased interviewers – and sadly, that’s impossible – there are some steps that might make interviews easier to navigate. For example, sharing questions pre-interview allows candidates to prepare answers that allow them to showcase their skills and experience, while reassuring them that they won’t be tripped up by anything that touches on more personal aspects of their lives.

John’s story ends with him quitting the company during a call with a member of the HR team, shortly before they could ask him outright if he was the man they interviewed. For most people though, the opportunity to be yourself is both welcome and necessary. To attract the best people and allow them to reach their full potential, employers must foster supportive, inclusive workplaces that allow employees to show who they really are.