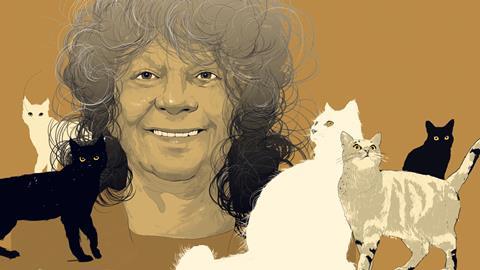 In situ with Ada Yonath

Ada Yonath on childhood science, cat hotels and the price of fame

Ada Yonath is an Israeli crystallographer. In 2009, her work on the structure of the ribosome led to her becoming the fourth woman to win the Nobel prize in chemistry. She was speaking at the Lindau Nobel Laureate Meeting 2017.

My first experiment was when I was five. The question was really stupid: the distance from the floor to the ceiling. We were three families in a four room apartment, one kitchen and one bathroom, so the only place I could do my experiment was the balcony. I put together all the furniture I could carry – a table, a chair, a stool or whatever. It didn’t reach the ceiling. I decided to stand on them all and collect the numbers. I never reached the ceiling: I reached the ground floor. I ended up with 17 fractures and was in a cast for three months. I came back to the same house 65 years later. I asked the people who lived there if I could measure their balcony. They let me in, but they’d remodelled so I never got the result.

My second experiment was two years later, when I was seven. I wanted to see the speed of liquids through wool. I had two glasses attached with string, one to the other. One glass was empty, the other had water in it. Then I prepared another couple of attached glasses, this time one was filled with kerosene. I wanted to see which was faster and what would be evaporated. Again, I was on the balcony. My father was a smoker, and my mother sent him outside… so that experiment ended up a failure too.

I have had the same friends for the past 40–50 years and we meet almost every Friday afternoon. We chat. We complain. We talk about everything. Normally I’m the only scientist. There are two or three medical doctors, several journalists and writers, two or three politicians, a lot of lawyers and judges. Artists. Authors. Singers. Very interesting people.

I really wanted to be a fiction writer, but I wasn’t good enough. When I was 17 I had a piece good enough to show my literature teacher, who was very demanding. She said ‘this is wonderful, you write a piece like this once in a lifetime!’. She was right.

I never wanted to be a scientist. I never knew there was a profession called ‘scientist’ – that was just a person who asked a question and tried to find an answer. For my family, we didn’t know such a job existed. In my eyes people went to university to study a profession – too be a teacher or work in a hospital. That’s what I had in my little mind; I didn’t know. 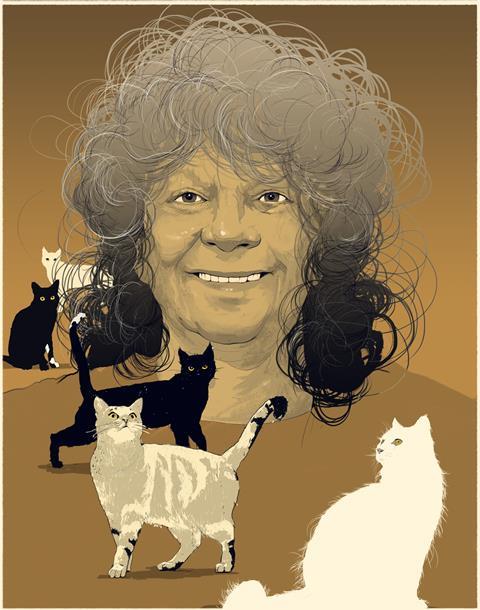 I was lucky that I had a bicycle accident. I hit my head, had a concussion and two operations. I couldn’t fly, so couldn’t make a scheduled experiment in Berlin. While in hospital I read easier materials, not real science, about polar bears going into winter sleep. They found that the ribosomes [of polar bears] were well organised in monolayer. This is where all the Nobel-prize winning work comes from.

The border between chemistry, biology and physics is not valid any more. It’s historical. I’d like to think it would be non-existent, but most scientists who teach, and the hierarchy above them, say it’s so complicated. I’d like to see it go, but nobody listens to me. We have to look at science, in general, as science. Applied science is better funded than fundamentals; it should be the opposite.

Laundry is interesting. What are the types of materials you can use for clothes? Does it absorb or not? What about detergents? Are reactions better in hot water? What kind of stains can you take away this way or that way, what is soluble in what? It’s really interesting, and it’s just laundry.

I’m unbelievably famous in Israel, far more than I love. I go in to a shop and they say ‘go first in the queue, you deserve it’, ‘Can I carry this for you?’ or ‘Can I do this for you?’. Kids ask for pictures, ask me to sign things. I enjoy it when kids get more interested in science, more excited about science, but I don’t like it when I have to refuse little services. I don’t like to queue, but I hate to cut the line just because I’m famous, I don’t think this is fair.

I once had 26 cats. Some were just kittens, and their mothers liked to put them in my laundry or in the microwave. I spent most of the day collecting cats out of the washing machine and the oven; I had to count them to make sure they were with their mothers and I hadn’t washed them! The first cat I owned was very pretty. She came in and was not afraid of people, so we adopted her. She became pregnant – she had her own life – and produced another one, a girl. She was as ugly as the father. Within half a year they both produced another litter, and then I had 13. Another half a year and all the females became mothers again. I used to leave food for them on the balcony, and made houses for them on the balcony, but they preferred my bed. When I went for my postdoc I had to end my cat hotel.

Ada Yonath is an Israeli crystallographer. In 2009, her work on the structure of the ribosome led to her becoming the fourth woman to win the Nobel prize in chemistry. She was speaking to Kit Chapman.