Chocolate as medicine: a quest over the centuries 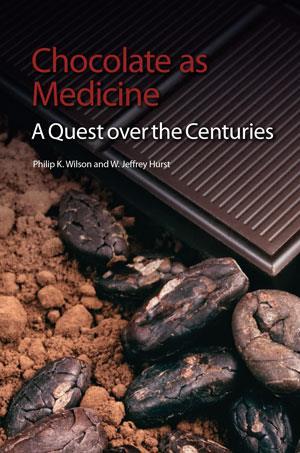 The rehabilitation of chocolate has occurred only in recent times. The pages of scientific magazines have been positively recaptured and chocolate’s reputation is being restored to the value that Carl Linnaeus credited to this food, when he named the generous plant Theobroma cacao, the food of the gods.

Cocoa and chocolate, in fact, represent an important occasion of confrontation in terms of medicine and dietetics. In the past, when no effective therapeutic means existed, the best possibility for a patient to recover from disease was the use of lifestyle and diet as strategies to ensure physical and mental wellbeing. In this regard, chocolate was used for many purposes; however, when dietetics separated from medicine, chocolate acquired the role of excipient, being associated with different health problems.

Recent studies have now provided the evidence to a century’s established use of chocolate as medicine, and this enjoyable book reconstructs this path, providing an inter-disciplinary approach, thanks to the complementary skills of the two authors.

The book includes a complete list of the disorders and the diseases that ‘chocolate (cacao) products have reputedly improved throughout history’ in an appendix. However, the inventory given here is based on the list supplied by Teresa Dillinger et al, thus omitting references to the primary sources, which would have been useful to contextualise the relationship between pathologic entities, therapeutic treatments and the historic frame.

The bibliography is complete and contains the latest publications, even if some eminent old authors have been neglected: Bartolomeo Marradon, for instance, Santiago de Valverde Turices and Francesco Redi.

The editing is very accurate, except that Francesco Maria Brancaccio was an Italian Catholic Cardinal and not a Spanish one, as the spelling Francisco could suggest. Talking about chocolate, this may be indicative of a Spanish-centred viewpoint!

Purchase Chocolate as medicine from the RSC