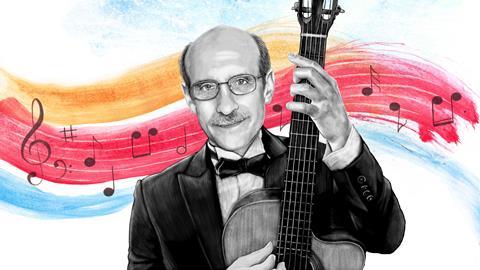 In situ with Martin Chalfie

Martin Chalfie is University Professor at Columbia University, US. He received the 2008 Nobel prize in chemistry, alongside Osamu Shimomura and Roger Tsien, for the discovery and development of the green fluorescent protein.

There was something exciting about this idea of biochemistry. But I worked in a lab and I was just miserable. Nothing worked. I didn’t know to ask questions. I didn’t know to seek advice and to seek help. I thought I had to do it all on my own. So I when I left college, I decided I wasn’t going to be a scientist.

I think of myself as a geneticist. One of the joys of doing genetics, of finding mutants and then finding the basis of those mutations, is that when you find a gene, you find out what protein it encodes – and you probably don’t know anything about that protein. Genetics leads one, always, into areas that you have to learn about, that you have to investigate and see what other people have done.

My PhD was in physiology. I made a promise to myself: I was never, ever going to work on the kidney or on fat. Those were two areas that I absolutely never wanted to do any research in. So, I work on worms, and I work on the sense of touch and development of nerve cells. In the course of studying these things, we found a gene called MEC-2. I got an email from a researcher, Thomas Benzing in Germany, and he said: ‘I’m working on a molecule called podocin that looks very much like your MEC-2. Would you like to collaborate?’ And I said: ‘Absolutely, let’s collaborate.’ And where is his molecule? It’s in the kidney. What do MEC-2 and podocin have in common? They are both membrane proteins that bind cholesterol. So in one paper, we wrote about the kidney and fat – I could not keep my promise. It was sort of silly, but that’s where the genetics took us.

After you’ve had the stage ceremony, they immediately take the Nobel medal away from you

Just the other day, I tried to do an experiment in the lab. I work on this small nematode, a roundworm called Caenorhabditis elegans. Everything we do is under the microscope. Much of the stuff that we do has to do with touching the animals because we’re looking at the sense of touch, among other things. Unfortunately, several years ago, I acquired something that older people sometimes get: an intrinsic tremor. If I try to do anything under the microscope, it looks like my hand is moving all over the place. I can test touch, just barely, but I cannot pick up the animals and move them from plate to plate anymore. I don’t think my team laughs at me, but it was pretty clear that I take too long.

I’m working with a number of undergraduates who are looking at a series of strains that we’ve gotten from another lab. We’re looking for mutations that affect the phenotypes, what the animals look like. Students have come to me and said: ‘I’d like you to take a look at what I have found and tell me if I’m seeing something here or not.’ I’m sort of the quality control – so I’m not entirely useless, but I’m getting there.

They give you the Nobel medal on 10 December, which is the anniversary of Nobel’s death. After you’ve had the stage ceremony, they immediately take the medal away from you, you’re not allowed to have it. They display it for a couple of days. On 12 December, I went into the offices of the Nobel Foundation. I sat down and they made me close my eyes and hold out my hands, and they gave me the real medal and a replica. One is much heavier than the other. They said: ‘Okay, you can tell the difference, now you can have it.’ If I had failed the test, I don’t know what would have happened.

My father was a professional guitarist in the 1930s and early 1940s. I was the oldest of his three sons. When I was around 12 or so he gave me a guitar. He was my first teacher for a year. I learned classical guitar. I’ve been playing guitar ever since. The tremor doesn’t help, but I’m still able to do things these days. I tend to try to make up my own pieces. It’s a very private affair. I enjoy learning, not so much new pieces on the guitar, but just really discovering something different, things that I hadn’t thought of before.