Materials for a sustainable future 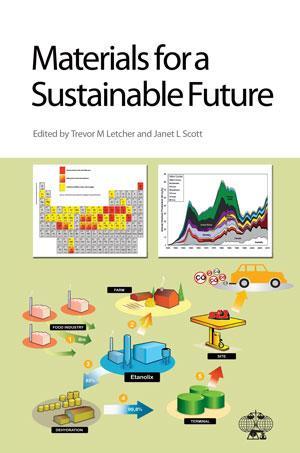 Sustainability is a beleaguered buzzword, criticised as vague, utopian, cosmetic and a distraction from the real issues of consumption and population. This is unfair insofar as the word merely refers to the idea that we can and should make far better use of available resources: selecting more carefully, wasting less, recycling and reducing environmental impacts. This multi-author volume does an excellent job of explaining how those things might be achieved with our uses of materials. It considers the dwindling of elemental sources, biomass and chemical feedstocks, and materials for energy and the built environment.

It is impossible to do justice here to the immense amount of useful information this book contains. There are omissions – thermoelectrics, wind and wave energy materials and supercapacitors, say – but that would be to carp about an impressive range, from helium to sugarcane, carbon capture to photovoltaics. This is echoed by the refreshing diversity of nationalities among the book’s  various authors.

However, all the facts and figures don’t tell the whole story, which in the context of sustainability can be a regrettable omission. A chapter on uranium – one of the ‘endangered elements’ featured here – says that it has ‘had a rollercoaster history over the past century, arguably being one of the mining industries’ most widely varying sectors’. No mention of the despoliation and contamination in indigenous communities that has sometimes resulted, for example in Australia, India and Africa. And the author explicitly avoids discussion of uranium’s weapons-related issues, while admitting that this could be a ‘pivotal stumbling block’ for this element’s use. Similarly, the socioeconomic complications of biomass use are barely mentioned.

Elsewhere, an otherwise fine chapter on materials issues faced in building and architecture might have done more to explain the regulatory and sheer inertial hurdles to expanding the materials repertoire here.

Perhaps this is expecting too much in what is undoubtedly a vastly useful reference source, detailing how and where materials may feature in the development of sustainable societies. However, a chapter on the economic, social and ethical implications of these topics would have gone a long way towards giving this valuable compendium an authority that would reach beyond the research arena.

Purchase Materials for a sustainable future direct from the RSC. Members will receive a 35% discount.