Science in Wonderland – the scientific fairy tales of Victorian Britain 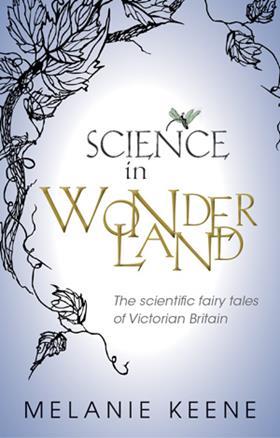 As a particular fan of fairy tales, with the video I watched most as a child being Disney’s Alice in Wonderland, Science in Wonderland immediately gained my attention. Written by Melanie Keene, the book tells of how scientists, journalists and novelists in the Victorian era taught children, and the general public, about the scientific discoveries of their time. Keene brings together texts from Victorian times that have fictionalised science in some way to make it more accessible to a younger audience.

Using the introduction to present this concept of teaching through fairy tales, Keene organises the rest of the book by subject area and goes into detail on individual texts surrounding each topic. While the introduction lingers briefly on many references with a lot of background information, the overall concept introduced becomes a good foundation for the rest of the book. Satisfyingly, the themes represented in each chapter are discrete, so can be read on their own terms.

The second chapter, ‘Real fairy folk’, addresses the topic of ‘seeing the invisible’ as Victorian scientists were suddenly able to view and image objects smaller than ever before. Keene focusses on imaging insects and the Lucy Rider Meyer’s book Real fairy folks (The fairyland of chemistry – explorations in the world of atoms), which turns molecules and atoms into fairies from another world. The pictures Keene chooses to represent the various works compliment her book, especially those from Meyer’s work, such as a water molecule represented by one fairy with an ‘O’ on its body holding hands with two others with the letter ‘H’ emblazoned on their arms.

While reading Science in Wonderland I found it interesting to consider how science communication has evolved over the years. Comparing it alongside that of modern children’s science books, it’s easy to take for granted what we can see today by means of powerful microscopes or computer simulated images. Science in Wonderland illustrates that in Victorian times seeing really was believing.

The author illustrates how science influenced the work of novelists but also how literary works led to general scientific wonder and curiosity. In this way science was incorporated into children’s literature by means of fantastical ideas such as dragons for dinosaurs and magic glasses for telescopes.

While I thoroughly enjoyed reading this book and would recommend it to people, I would also warn that the introduction is rather dense. But I found the individual chapters to be thoroughly intriguing and I think the book would appeal to many readers, especially those who have an interest in fantasy fiction.

Purchase Science in Wonderland – the scientific fairy tales of Victorian Britain from Amazon.co.uk