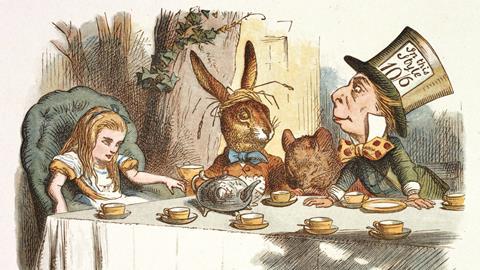 This week, how Alice’s adventures in Wonderland might have never happened had Lewis Carroll known this migraine treatment derived from a deadly fungus…

`Curiouser and curiouser!’ cried Alice (she was so much surprised, that for the moment she quite forgot how to speak good English); `now I’m opening out like the largest telescope that ever was! Good-bye, feet!’ (for when she looked down at her feet, they seemed to be almost out of sight, they were getting so far off). `Oh, my poor little feet, I wonder who will put on your shoes and stockings for you now, dears? I’m sure I shan’t be able!’ 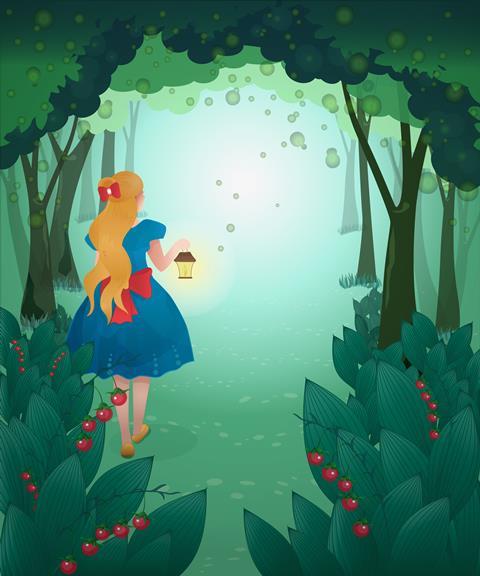 Lewis Carroll’s Alice’s adventures in Wonderland has inspired huge amounts of literary analysis. But some themes within the story, and in particular in Carroll’s vivid descriptions of metamorphosis and distorted sense of reality, are also of interest to scientists.

Carroll was a migraineur – and wrote about his migraine experiences under his given name, Charles Lutwidge Dodgson. He described what’s known as migraine with aura, where odd sensory disturbances, usually visual, accompany the pain and sensitivity that migraines are known for. And it’s through hallucination that we come to this week’s compound – a migraine treatment derived from the same source as LSD: ergotamine.

The name ergot refers to a group of fungi that infect cereals, predominantly rye. Not only can an infection spread and ruin an entire crop, but if unnoticed and consumed, can lead to ergotism, where the alkaloids in the fungus cause convulsions and, over time, gangrene. It’s thought that these symptoms and accompanying hallucinations led to the accusations in the Salem witch trials.

But ergot derivatives also have therapeutic effects – without these, Albert Hoffman wouldn’t have discovered LSD, and if Carroll had known, we may never have gone through the looking glass.

Ergotamine is one of the many bioactive alkaloids found in the fungus, synthesised naturally in a complicated cascade involving the amino acids tryptophan, alanine, proline and phenylalanine, as well as the biologically ubiquitous dimethylallyl pyrophosphate and catalysed by a host of enzymes. Structurally, it is similar to the neurotransmitters serotonin, dopamine and epinephrine.

Like many natural alkaloids, ergotamine’s role in the fungus may relate to protection, and also like other natural alkaloids, we’ve adapted its properties for medicine. In particular, it is a vasoconstrictor – it causes narrowing of blood vessels. That’s why unintentional consumption leads to gangrene, as blood can’t get to the extremities, but it’s also why it works to prevent migraine. 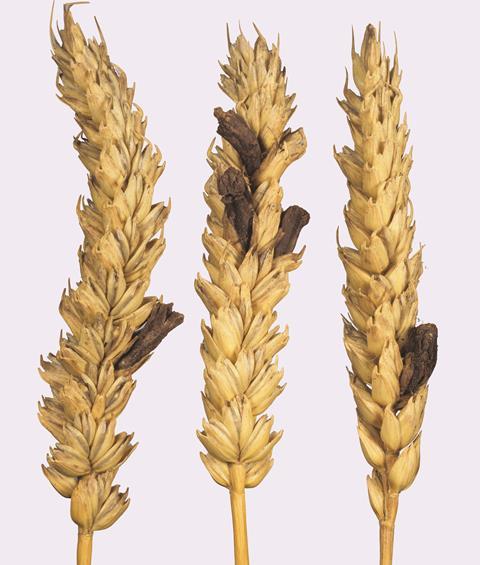 Migraines are still poorly understood, having only been properly classified in 1988, and researchers are still divided as to the influence of vascular vs neuronal factors. Blood flow to the brain is thought to be a key component, as both the aura stage and the inevitable pain are linked to unusually high or low levels of blood supply.

The vasoconstrictive effects of ergotamine, in the right dose, can moderate and control blood flow, smoothing out the supply and preventing what’s known as cortical spreading depression – a sudden burst of activity in the brain followed by several hours of reduced action.

Moreover, migraines come with high levels of serotonin, and the structural similarities allow ergotamine to block serotonin receptors, reducing the likelihood of a migraine progressing.

Although it’s an ancient medicine – ergot has been used for its vasoconstrictive properties since the 1600s, especially during and after childbirth to reduce bleeding – ergotamine was only isolated in 1918 and hit the market for medicinal use in 1921 – too late for Alice. Almost 100 years on we have a wide range of treatments for migraine, but ergotamine is still available in tablet or suppository form, usually combined with caffeine.

Carroll’s legacy also lives on in the medical literature, in the Alice in Wonderland syndrome, a condition associated with migraines in which people hallucinate dramatic size distortions, perceiving objects, or themselves to be much larger or smaller than they actually are. Much like Alice…

`It was much pleasanter at home,’ thought poor Alice, `when one wasn’t always growing larger and smaller, and being ordered about by mice and rabbits. I almost wish I hadn’t gone down that rabbit-hole–and yet–and yet–it’s rather curious, you know, this sort of life! I do wonder what CAN have happened to me! When I used to read fairy-tales, I fancied that kind of thing never happened, and now here I am in the middle of one! There ought to be a book written about me, that there ought! And when I grow up, I’ll write one.’

Thanks to Emma Stoye for being the voice of Alice. Next week we learn how our regular writer and podcaster, Brian Clegg, played a part in keeping your clothes nice and soft…

When I was young, my father regularly came home from work with large screw-top jars filled with mysterious, gloppy, usually turquoise liquid. These would be distributed around the family for trial in their washing. What I was seeing, though I didn’t know it at the time, were tests of early fabric conditioners based on quaternary ammonium salts.

Join Brian to discover the role that quaternary ammonium salts, and Brian’s dad, have to play in keeping your clothes conditioned. In the meantime, drop us a line with any compounds you would like us to consider – email chemistryworld@rsc.org or tweet @chemistryworld. I’m Ben Valsler.