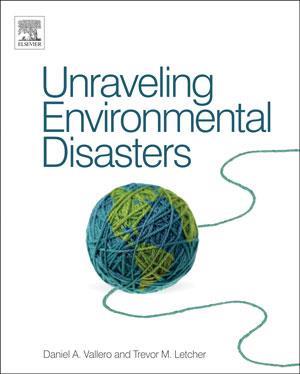 A good textbook should have an intellectual level appropriate for its intended audience and be balanced in the presentation of its content. Sadly, as I unraveled these tales of environmental disasters, it was soon clear that this book satisfies neither criterion well.

There is an element of pot-luck when dipping into it for information. For some topics, it is a mine of information, but others get superficial attention; some topics were presumably more interesting to the authors than others. The problem seems to lie in the overall presentation, which is that of a notebook. Time and again there is digression from the subject, sometimes into the science behind the study, which might be acceptable but too often it is to note a miscellany of material whether germane to the theme under discussion or not. The only justification for much of this seemed to be for swelling the book to its 500 pages.

Notebooks are not, as a rule, edited and neither, it seemed to me, was this book. There are mistakes of fact, repetition of text and diagrams and an unacceptable number of typesetting errors for a book of this quality. Neither isomer of trichloroethane is known to cause cancer although it is described as highly carcinogenic. The disaster at Bhopal is discussed three times, at length, in three chapters, Seveso twice, and then dioxin twice more. Worse, four paragraphs from the first Seveso entry are repeated word for word several chapters later, together with their attendant figure. And, as a science book and not a newspaper, should its conclusion of the epidemiology studies at Seveso be that ‘the findings are not significant statistically – but scary’?

The text is up to date in many places. The tsunami in Japan and the damage to the Japanese nuclear power plants is reported well. However, asbestos, surely a major occupational disaster, is covered superficially, relying largely on references to papers written many years ago with a few modern references that together suggest an internet search using the first papers the search engine turned up.

Unraveling environmental disasters is a well produced book, but only good in parts.