Graphene by the kilo

Durham Graphene Science founder Karl Coleman is forging ahead in production of single-layer carbon. Sarah Houlton talks to the 2011 Chemistry World entrepreneur of the year

Durham Graphene Science founder Karl Coleman is forging ahead in production of single-layer carbon. Sarah Houlton talks to the 2011 Chemistry World entrepreneur of the year

Graphene is a two-dimensional form of carbon with the atoms arranged in a honeycomb lattice that looks like chickenwire. In recent years, it has generated a lot of interest, with potential applications including inks, composites, capacitors and even consumer electronics, and the 2010 Nobel prize for physics was awarded to two scientists working on the material. Fascinating as it is, there’s a problem if it’s going to find widespread use - it’s not easy to make it in pure form. This year’s Chemistry World  entrepreneur of the Year, Karl Coleman, is looking to change that, with his spin-out company, Durham Graphene Science. 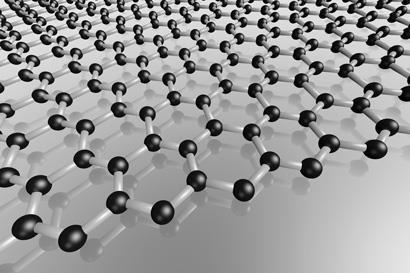 The standard method for making graphene involves mechanical or chemical exfoliation. ’It works well for physicists who only need one tiny flake to study, but for chemists, engineers or product developers, that’s no good,’ he says. Coleman had been working on carbon nanotubes for some time, using chemical vapour deposition (CVD) to make them, and a couple of years ago started to wonder whether, by adapting the technology and altering the parameters, it might be possible to make the flat layers of graphene using CVD, too.

It turned out that it was. The key to success lay in changing both the catalyst and removing the substrate. ’By moving from systems that used transition metal catalysts along with hydrocarbon gases - such as methane mixed with hydrogen - to alcohols as the source of carbon and simple alkoxides, we found it worked extremely well, giving us pure layers of graphene,’ he says. ’Not only that, it didn’t just make tiny flakes of the material - we found we could scale the process up and make more significant amounts of the material.’

An eye for opportunity 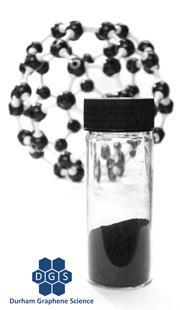 Graphene flakes and powder are ideal for use in inks, capacitors and composite materials

Rather than rushing his results into print, he thought that there might be commercial possibilities in the method. ’Science funding is becoming a real challenge in the current climate, and it was clear to me that it’s becoming essential to diversify the normal funding streams,’ he says. ’If we could commercialise this technique for graphene production, it might provide an additional source of funding for our future research.’

There were two key factors that aided him in the commercialisation process - support from Durham University, both from the chemistry department and the business innovation services department (DBIS), and winning a Blueprint Knowledge Transfer award last year. ’DBIS keeps a very close eye on what’s going on in chemistry - listening to all the gossip!’ he says. ’They heard about what we’d been doing, and we met with Mike Bath from their group, who is now a director of the company. He got very excited about our work, and agreed it definitely had commercial potential. So we went looking for investment to start a spin-out company, and were very lucky - two investors were fighting to get involved. We could only go with one, and Northstar Ventures gave us a ?100 000 investment, which was sufficient to launch the company, and start proof of concept studies.’

The Blueprint award was every bit as important in setting up the company, he says. ’It’s a competition held in the north-east of England, run by the five universities there with support from regional and national businesses and commerce groups,’ he says. ’We won their Knowledge Transfer award, which gave us ?5000 in cash and - importantly - ?5000 in business support from the event sponsors. We got legal and business development advice from experts such as the IP Group, law firm Dickinson Dees, and a free patent submission via another law firm, Murgitroyd, which was invaluable. It gave us very useful contacts, and I attended numerous workshops and entrepreneurial courses which gave me a real insight into what the world of business is really like. As an academic, you don’t realise what support is out there and how many people are willing to help you. Of course I’m comfortable answering questions about the science, but people with a business background ask all sorts of important questions I simply hadn’t thought of.’

Coleman is now looking for further investment to take the company to the next stage. Currently, they can make several grams of graphene a day, but they want to be able to produce kilogram quantities. ’The aim is to get the material out to customers so they can test it and build prototype products that use it, in areas such as composites, inks and capacitors,’ he says. ’It’s important to supply them with sufficient material so they can test it properly, and build serious prototypes or make master batches for composite or ink applications.’ 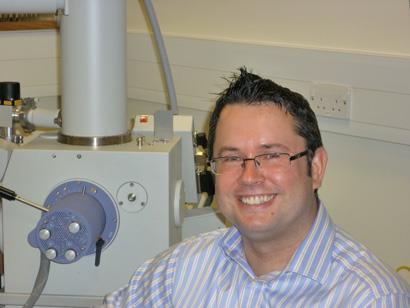 Durham Graphene Science is still based within Coleman’s labs in the chemistry department at the university, but they are now looking for the further cash injection needed to move out and set up a small production facility, and they are in talks with science and technology parks within the north-east of England. ’We could move out now, but want to do it properly and we will need that extra investment to set up a pilot plant facility, rather than just another lab somewhere else,’ he says. ’We hope to have it up and running within the next 12 months, but the earlier we can do it the better.’

Despite the fact that they can still only make limited quantities of graphene, the company already has several customers across a variety of sectors - academic labs, big European research institutes, and large industrial companies who are interested in investigating what they might be able to achieve with it. ’For some, we aren’t yet producing the material in large enough quantities for them to test it seriously, for applications such as materials in the aerospace industry,’ he says.

In terms of the competition, Coleman believes it is limited. The standard method uses a top-down approach: chemical exfoliation or oxidation of graphite - aggressively stripping the layers apart in some way - and there are three small companies in the US who make graphene like this. The obvious disadvantage with this approach is the difficulty in removing graphite impurities. CVD is bottom-up - building the graphene from scratch - which allows much purer material to be created. Perhaps more importantly, it can be scaled into a continuous process which is going to be vital for the future if applications for graphene are to be developed and commercialised. 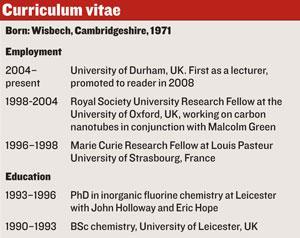 In addition to the top-down exfoliation techniques, there is another bottom-up CVD approach to graphene manufacture which has been developed at Samsung and Sungkyunkwan University in Seoul, Korea. It’s rather different from the technique used in Coleman’s lab - this system uses CVD to grow continuous graphene films on copper foil. The films are then transferred from the foil on to plastic so they can be used to make electronics displays.

’We produce graphene as platelets and powder, which is useful for inks, capacitors and composite materials,’ he says. He thinks these applications are likely to be commercialised more quickly, maybe within five years. Commercial applications in electronics - where the graphene would be needed in film form, like that made by the Samsung process - are still a decade or more away. That said, he is looking at the possibility of assembling films from platelets in the lab, but it’s definitely a longer-term goal.

When the new facility is up and running, Coleman anticipates they will be able to produce a kilogram of graphene a day. ’Once we’ve demonstrated the method works at that scale, if demand is there we should be able to ramp up to tens of kilograms a day relatively quickly, so several tonnes a year,’ he says. ’That would be a serious amount of material, and enough for real products that would make it onto the shelf.’ This doesn’t sound like an impossible dream - Bayer already uses CVD to make hundreds of tonnes of carbon nanotubes a year, so it’s clear it can be run on a substantial scale. His aim is to supply graphene at a cost comparable to carbon fibres, where high-quality material currently sells for just under $100 (?61) a kilogram.

Looking to the horizon

Coleman hasn’t let the science stand still, either - he has continued to develop and patent other graphene synthesis methods. ’Some are rather more sophisticated, but I can’t talk about them yet as we’ve only just applied for the patents,’ he says. ’We found that once we had one method, it was a great springboard for finding others, and it’s really snowballed.’

Although it’s clearly still early days for Durham Graphene Science, the markets are developing and Coleman’s plan is to start by picking the low-hanging fruit in terms of customers who are already working on carbon nanomaterials and products that could easily incorporate graphene, but whose research is being limited by a lack of availability of good quality material.

’We know people want it and it’s worth doing - we’re not trying to force something into a marketplace that’s not ready for it!’ he says. ’We’ve spoken to our current investors and potential new investors, and it’s now clear that we need to ramp up our efforts. There just aren’t enough hours in the day to make enough material with our current lab-scale production method. Our business plan keeps being pushed forward and we’re doing things ever earlier than we’d originally planned. Business plans can involve a lot of artistic licence, but we really have found that everything has gone according to plan. I’m extremely optimistic for the future.’

Sarah Houlton is a freelance science writer based in Boston, US