Nicotine has amazing powers as an anti-inflammatory. Now researchers are hunting for a nicotine surrogate that bypasses its nasty side effects, as Lisa Melton finds out

Nicotine has amazing powers as an anti-inflammatory. Now researchers are hunting for a nicotine surrogate that bypasses its nasty side effects, as Lisa Melton finds out

The idea would be anathema to most health practitioners. Nicotine, the unanimously vilified substance that has addicted millions to tobacco smoking, could be revamped into a potent new treatment to fight inflammation.

Of course, no one is about to give cigarettes a good name. The health risks of inhaling tobacco smoke are immense. But a lungful of smoke - a cocktail of nasty compounds - also contains a powerful ingredient: nicotine. Mounting evidence suggests there is a positive side to nicotine. 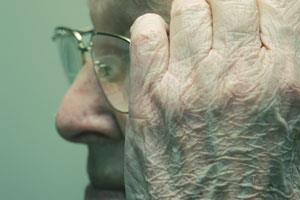 Over the years, clinicians have become aware that smoking seems to alleviate the symptoms of schizophrenia and other forms of mental or physical illness. People with a history of cigarette smoking also have lower rates of neurodegenerative diseases like Parkinson’s and Alzheimer’s.

And it is now two decades since doctors first noticed that patients with the inflammatory bowel disorder ulcerative colitis who smoked intermittently seemed to benefit from their habit. The symptoms of abdominal pain and diarrhoea improved during the periods when they smoked and the disease returned when they stopped smoking.

Nicotine is the ingredient most likely to be having an effect. Doctors tested it using nicotine patches, and found that for patients who were wearing them, symptoms improved dramatically. Nicotine seemed to be damping down the inflammatory response, but nobody could fathom how.

Now, by studying sepsis, Luis Ulloa at North Shore University Hospital, in Manhasset, New York, US, has elucidated nicotine’s biochemical pathways, a discovery that could lead to more potent anti-inflammatory drugs. ’Now that we know the mechanism, we can understand the system and improve on it,’ says Ulloa, who is testing new versions of the molecule that will work as well as, or even better than, the original substance.

The need for novel anti-inflammatory strategies is pressing, particularly in severe sepsis, a dramatic inflammatory response to infection. Despite antibiotic use, sepsis remains the most lethal of inflammatory conditions, and the principal cause of death in intensive care units. Severe sepsis is the third leading cause of death in the developed world and accounts for nearly 10 per cent of deaths in the US every year.

During sepsis, macrophages (white blood cells that surround and kill microorganisms), cells and other immune cells churn out huge quantities of molecules called inflammatory cytokines that raise a physiological alarm. If the production of these pro-inflammatory molecules is overwhelming, it can lead to capillary leakage, tissue damage and, eventually, death from cardiovascular dysfunction and multiple organ failure.

Ulloa and collaborators have found that nicotine can temper this overshooting inflammatory response, to the point of reversing sepsis in mice. As far as anti-inflammatory treatments go, this is tremendously powerful.

’Nicotine taps into the body’s own potent anti-inflammatory mechanisms,’ Ulloa explained earlier this year at a Novartis Foundation meeting in London, UK. ’That is the beauty of our approach. By using nicotine we are copying physiological mechanisms that have been selected by evolution to modulate the immune system.’ 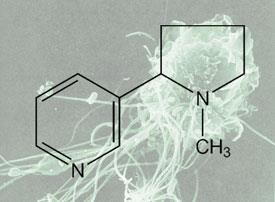 The explanation for nicotine’s actions lies in its capacity to mimic acetylcholine, a nerve stimulant produced naturally by the body. Acetylcholine was the first neurotransmitter to be identified but since its discovery in 1914 it has mostly been studied as a neurotransmitter produced by neurones to signal to other neurones.

Now Ulloa’s studies have shown that acetylcholine has an additional physiological dimension: it links the autonomic nervous system and the immune system. ’This is something quite phenomenal,’ comments Wouter de Jonge, from the Academic Medical Centre in Amsterdam, the Netherlands.

Acetylcholine is the parasympathetic nervous system’s principal neurotransmitter. This subconscious division of the nervous system is sometimes called the ’rest and digest’ system because it slows the heart rate and increases intestinal activity during digesting.

The vagus nerve is the major parasymphathetic nerve. It innervates all major organs orchestrating most of our autonomous responses. It also senses inflammation and suppresses it. But how does the vagus nerve affect macrophages?

When the vagus nerve is stimulated, its endings release the neurotransmitter acetylcholine with lightning speed. Macrophages express acetylcholine receptors known as nicotinic receptors that promptly recognise the chemical. The cells then respond by shutting down cytokine production. The suppression is fast and ruthless.

These findings could have tremendous clinical payoffs. Tapping into this ’neuro-immune’ axis could lead to novel pharmacological treatments to fight infection and inflammation. First, the receptors mediating this immune suppression need to be identified.

Because macrophages are responsible for whipping up inflammation, Ulloa studies these immune cells in culture. He stimulates them with bacterial endotoxin and analyses the effects of different nitrogen-containing compounds such as acetylcholine, nicotine and carbachol.

There are two main types of acetylcholine receptors: nicotinic and muscarinic; they are named after the ligands used to discover the receptors. Previous scientists thought that the anti-inflammatory potential of acetylcholine could be mediated by either muscarinic or nicotinic receptors. ’The surprise was that, although they are very similar, the anti-inflammatory potential of nicotine seems to be mediated by nicotinic receptors only, and not muscarinic,’ says Ulloa. ’That’s why we use nicotine.’ The compound, not naturally produced in the body, latches on to the acetylcholine receptors on macrophages.

At every opportunity, nicotine is more effective than acetylcholine. In fact, the clamp-down on inflammation by nicotine is powerful enough not only to prevent sepsis in mice and improve their survival but also to rescue mice from sepsis, even when the treatment is started after the onset of the disease - a feat accomplished by no other drug.

It seems odd that nicotine should beat acetylcholine at its game. Perhaps it is because acetylcholine, despite being historically referred to as a neurotransmitter, behaves like a common cellular mediator. Nicotine is more selective for that specific receptor subtype than acetylcholine and thus a stronger agonist.

The Manhasset team has been busy dissecting every player in the ’nicotinic anti-inflammatory pathway’. To start, the researchers have pinned down the specific receptor subtype that stops macrophages spewing out cytokines.

Eleven subtypes of nicotinic receptors - different combinations of ten alpha and four beta subunits - have been found throughout the central nervous system. Because the receptor combinations can be so varied, and each has distinct properties, nicotine can have a wide variety of effects in the body.

Ulloa has found that nicotine exerts its anti-inflammatory effect via a ’nicotinic anti-inflammatory pathway’ by signalling through the so-called alpha-7 receptor. Thus, this receptor is a critical pharmacological target to design nicotine-like drugs to modulate the inflammatory response during infectious and inflammatory disorders.

Ulloa has discovered that when activating human macrophages with bacterial products in a petri dish, pro-inflammatory cytokine production stops as soon as acetylcholine or nicotine is added. But if the alpha-7 receptor is blocked or missing, acetylcholine is unable to curb the inflammatory response.

And there are more data pointing at the alpha-7 subunit. Macrophages from mice that lack the alpha-7 receptor gene fail to respond to substances that mimic acetylcholine. And the alpha-7 deficient animals, when challenged by infection, are unable to temper the ensuing immune response and tend to develop more systemic inflammation and lethal endotoxaemia than wild-type mice.

The approach is an interesting one: to subdue the immune system by encouraging parasympathetic forces. There is growing consensus that molecules that stimulate the alpha-7 receptor are worth developing as anti-inflammatory therapies.

Better than the real thing

So far, the evidence of nicotine’s efficacy has been patchy and poorly studied. Ulcerative colitis, the inflammatory bowel disorder, is the exception. In a six-week randomized, double-blind study with 67 patients, 57 per cent of those on nicotine treatment had complete remissions, compared with 24 per cent in the placebo group.

Despite its promise, nicotine is fraught with toxicity issues. Apart from its highly addictive nature, nicotine can lead to increased heart rate, light-headedness, sweating and nausea. During the ulcerative colitis trials, for instance, 25 per cent of participants in the nicotine group pulled out because of intolerable side effects. Nicotine can also contribute to cancer and cardiovascular disorders. ’No one is looking to use nicotine to treat inflammation; it’s too risky,’ says Ulloa.

There is a way round this deadlock and that is to design compounds as selective alpha-7 receptor agonists. ’We want to design specific compounds that will target this receptor to take advantage of nicotine’s anti-inflammatory effects while eluding its collateral toxicity,’ Ulloa adds. Fortunately, such compounds may already exist.

Nicotine-like drugs were once developed by pharmaceutical companies intent on developing novel treatments for Alzheimer’s disease. Among those compounds, nefiracetam (N-(2,6-dimethylphenyl)-2-(2-oxo-1-pyrrolidinyl)acetamide) and GTS-21 (3-[(2,4-dimethoxy)benzylidene]-anabaseine dihydrochloride) are selective agonists designed to stimulate the alpha-7 acetylcholine receptors in the brain of patients with Alzheimer’s disease.

At least in cell culture, researchers found that GTS-21 could protect neurones against damage induced by amyloid peptides. This suggested that alpha-7 receptors could have a neuroprotective role in patients.

The GTS-21 was tested in healthy volunteers. In safety trials conducted by Taiho Pharmaceutical, Japan, GTS-21 enhanced the participants’ cognitive functions of attention and memory compared with placebo. Further tests in animals revealed another advantage for GTS-21: it seems to be less toxic than nicotine. When given in high doses to rats, it had no effect on their locomotor activity.

Nefiracetam is another potential therapeutic designed by Daiichi Pharmaceutical, Japan. In September 1999, phase II trials with nefiracetam started in the US for the treatment of mental symptoms associated with Alzheimer’s dementia. However, in February 2002 Daiichi withdrew its Japanese new drug application due to insufficient efficacy in the trial. The clinical trials with GTS-21 also failed to show a clear benefit and the drugs were dropped.

’Companies spent millions to develop agonists against this receptor, why not test them as an anti-inflammatory?’ Ulloa insists. He speculates that these nicotine-like compounds have failed to protect patients from developing Alzheimer’s disease because they may have some limitations to cross the blood brain barrier. ’This could be an advantage [for an anti-inflammatory compound], because we want to target the periphery and avoid its effects on the brain.’

’This is one of the great stories in immunology in the last few years, no question about it,’ says Mitchell Fink, an expert on critical care medicine at the University of Pittsburgh, US. A selective nicotine-like compound may be a promising therapy for a whole slew of chronic conditions where inflammation plays a part, including heart disease, cancer and diabetes. The task at hand is to find the best surrogate for nicotine. Ulloa’s petri dishes are the ones to watch.

Lisa Melton is science writer at the Novartis Foundation in London, UK.