Welcome to the Inspiring Science collection

4
Creating bonds: science and sustainability through the lens of a synthetic chemist 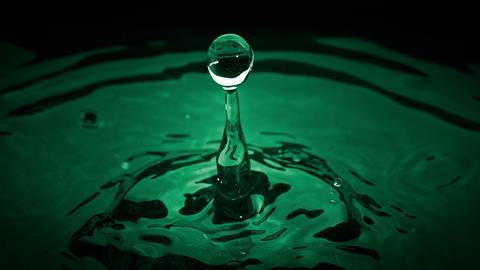 Creating bonds: science and sustainability through the lens of a synthetic chemist

Sustainability is one of the most important issues facing society today. Tackling climate change, reducing pollution, developing renewables — these are just a few of the key challenges that will need to be overcome in the near future. But achieving sustainability can often feel like an overwhelming task, requiring world-changing innovations or revolutionary technologies.

While advances like these are hugely important, for Trevor Janes, a synthetic chemist with Toronto Research Chemicals, sustainable solutions can come from anywhere and at any scale; all it takes is a dedicated scientist. And when it comes to promoting sustainability, chemists are ideally placed.

Examining inputs and outputs, exploring how to maximise efficiency, and trying to reduce waste — these goals are at the heart of modern chemistry. Janes has always been interested in how society can develop products and processes that don’t deplete the Earth’s resources. Throughout his career, innovations developed by scientists, researchers and engineers leveraging chemical technologies provided him with a constant source of inspiration to drive his own work.

But while this passion for tackling environmental issues has been incredibly important to Janes, over the course of his career the term ‘sustainability’ has come to encompass a lot more.

Janes discovered his interest in chemistry in his third year of university, during a practical lab session that involved recrystallising a compound produced through peptide coupling. Being able to physically interact with the crystals he had synthesised himself, weighing them and measuring their purity, gave him a sense of connection and tangibility that he couldn’t shake.

This led Janes to the laboratory of Parisa Mehrkhodavandi, where he got his first real taste of synthetic chemistry as part of his final year project. Mehrkhodavandi’s lab focuses on using catalysts to create renewable and compostable polymers. Through this work, Janes began to hone his skills, synthesising air-sensitive metal complexes and using analytical and characterisation techniques to try to understand them. It was here that he also began to understand that chemistry could be a powerful tool for society’s move towards a greener, more sustainable future. This, among other things, would prove to be a crucial throughline in Jane’s life and career. 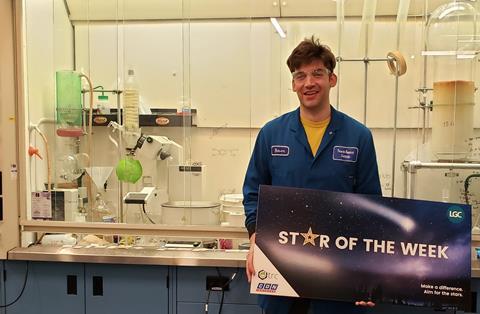 During his year working in Mehrkhodavandi’s lab, Trevor had been able to characterise his compounds using some common lab techniques, but he never quite managed the Holy Grail: obtaining a single-crystal x-ray structure. Using x-ray crystallography, chemists can determine the molecular structure of a crystallised compound, giving them valuable insights into its function. It was using this method that Rosalind Franklin captured ‘Photograph 51’, which revealed the complex three-dimensional structure of DNA. In pursuit of this next piece of the puzzle, Janes moved two thousand miles across the country to the University of Toronto, where he began his PhD in the lab of Datong Song.

Song’s lab had access to its very own x-ray diffractometer, which meant Janes could finally start producing single-crystal structures of the compounds he was synthesising. The output, a cryptic scattering of dots and lines, can look strange at first. But once some computational modelling is applied to fit the data to a structure, all of a sudden it becomes something much more familiar — a molecule. For Janes, this was a thrill. Over the course of his PhD, he performed x-ray diffraction on more than a hundred crystals, gaining an intimate understanding of the structure and function of the molecules that made up each one. He got to publish his results in peer-reviewed journals, and pass on his knowledge through teaching crystallography to undergraduates.

This passion for communication and teaching was a thread that followed Janes along on his next adventure: a journey all the way across the Atlantic to Israel, as a postdoctoral fellow at the Weizmann Institute of Science in Rehovot. Here, he worked on the development of atom-efficient catalysts under the supervision of David Milstein, the Israel Matz Professorial Chair of Organic Chemistry.

People, not papers, are the most important outputs of a research group

At the time, he was grappling with the academic path he had chosen. Janes had chanced upon an interaction between two chemistry professors on Twitter, where they were discussing the purpose of research groups. They concluded that, even if a group’s projects never went anywhere or never made a difference, they were still worthwhile as an opportunity to train up the next generation. As someone who had dreamt of becoming a professor, and was currently working towards that goal, Janes was conflicted. Shouldn’t research groups, first and foremost, be trying to do the most good for science and society?

When Janes discovered the writings of Uri Alon, a professor at the institute, the issue began to resolve. In one of his essays, Alon pushed the idea that a research group’s main purpose should be to nurture its members — not just as scientists, but as people. By prioritising growth and development, group leaders can not only make their labs a warm and enjoyable place to be, but allow their members to do their best work. By focusing purely on output (papers), a garden may bear fruit in the short term, but in the long term the health of the plants (students) will suffer. Alternatively, by fostering a nurturing environment, the plants, or students, can thrive wherever their career takes them. In Jane’s words: ‘People, not papers, are the most important outputs of a research group.’

After two and a half years in Israel, Trevor returned home to Toronto. He had moved a lot during his academic career, and he was eager to take his skills and expertise into industry. After some time working for a nanotech company, dealing with larger macromolecules and polymers, Trevor joined Toronto Research Chemicals (TRC), a company that makes specialised, complex organic small molecules. The applications for these products range from forensic science and environmental analysis to pharmaceutical research and development.

The move to TRC was a no-brainer. As a passionate chemist who, in his own words, was ‘born to synthesise’, Janes was excited to work on new types of chemistry and different sets of molecules. It was also an opportunity to expand his skillset – while his background is in synthesising inorganic molecules, at TRC he would be making more complicated, organic molecules. Trevor also resonated with the ethos of TRC’s parent company, LGC, whose motto is ‘Science for a safer world’, and the chemicals he would be synthesising would go to good causes: government labs, researchers doing crucial drug discovery, scientists measuring environmental contaminants. This struck a lasting chord.

Trevor and his fellow TRC colleagues like to describe themselves as ‘artisanal chemists’, synthesising small batches — sometimes just half of a gram — of the chemicals in TRC’s portfolio. These include drug impurities, bioactive molecules and isotopically labelled compounds, to name a few. A critical element of their work is purification. When synthesising chemicals for such specialised scientific applications, the purity needs to be very high: 95% or greater. As such, they need to be well versed in the different skills required of an organic chemist. Janes and his colleagues use an array of techniques, such as chromatography, re-crystallisation, trituration and distillation.

Science for a safer world

With TRC, Janes has found opportunities to further implement his passion for sustainability, something for which he received the coveted ‘Star of the Week’ award from TRC. This is part of their employee recognition program, which empowers staff members to step up and make improvements in their department. Janes was synthesising a drug impurity through reductive amination and the final purification involved column chromatography on silica gel. In this type of chromatography, each compound interacts differently with the gel and with the solvent it is dissolved in. Based on the strength of those interactions, compounds will separate out of the column at different rates, allowing you to isolate compounds and remove undesired products. This means any solvent you use must fit very specific criteria.

A widely used solvent for this purification process is dichloromethane (DCM), in a system with methanol and ammonium hydroxide. However, DCM is linked to numerous detrimental health effects, including skin irritation, corrosive burns, damage to the central nervous system and suspected carcinogenicity. It also has a long half-life, so can persist in the environment if not disposed of properly. Janes dived into the literature and began screening a host of different solvents to find something more suitable. He ultimately discovered that he could swap DCM for ethyl acetate, a much more environmentally benign solvent. First and foremost, this dramatically improved the sustainability and safety of the purification process; using ethyl acetate would be much less hazardous and would avoid any risk of DCM contaminating the environment. On top of these benefits, using ethyl acetate also improved the purification efficiency, making the whole process more cost effective and sustainable.

Outside of the lab, Janes continues to pursue his passion for facilitating growth and development, and for nurturing the next generation of scientists. During the pandemic he became involved with the Chemical Institute of Canada (CIC), an organisation made up of chemists and chemical engineers from across academia and industry. Now, as Chair of the Toronto section of the CIC, Trevor is responsible for delivering projects and initiatives focused on bringing the chemists of Toronto together. These initiatives include hosting public outreach lectures, career fairs, networking events and, most excitingly for Janes, encouraging high school students to participate in the National CIC crystal growing contest. These efforts are embodied in the Toronto section’s tagline, ‘Proudly creating bonds outside the laboratory’.

Janes personifies this philosophy, and it shines through in everything he does. And it is this passion that helps him deliver science for a safer world as a synthetic chemist for TRC. Hopefully, with this approach he will inspire many more chemists to take up the mantle of sustainability in their own fields. 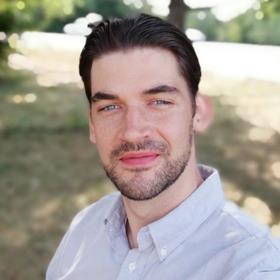 Before Trevor’s introduction to synthetic chemistry, he wanted to be a doctor. Growing up enjoying television medical dramas, he began to investigate a career in medicine. As a requirement to study medicine, he had to take courses in organic chemistry, so he enrolled in a bachelor’s degree at the University of British Columbia, Vancouver.

Following this, Trevor worked in several research labs before joining Toronto Research Chemicals (TRC), where he synthesises and purifies small-batch molecules for applications ranging from drug discovery to environmental assessment.

Welcome to the Inspiring Science collection